After leaving her brand Issa in 2013, designer Daniella Helayel is back

When Prince William and his then-fiancé, Kate Middleton, stepped out to announce their engagement in November 2010, all eyes were on Kate’s 12-carat sapphire ring — and the dress that perfectly matched.

But in a new interview with You magazine, Helayel says that the “Kate Effect’s” boost to her brand left her underwater and, eventually, contributed to its demise in 2015.

Helayel says that despite success on the celebrity front — with stars like Madonna, Kylie Minogue and Elizabeth Hurley wearing her designs — the brand was in financial trouble in 2008 and 2009.

“Only the previous year the label was on the verge of financial crisis; it wasn’t all rose-tinted glasses,” Helayel told You. “Issa was a niche brand, we had a loyal following but in 2008 and 2009 we were in serious financial trouble. When Kate wore that dress everything changed.”

But it wasn’t all change for the better. Issa faced incredible demand after Kate debuted the now-iconic look on the day of her engagement. The style sold out in five minutes — and was reordered thousands of times after that. Helayel and her team had no idea that Kate would be wearing the dress that day, and thus had no time to prepare their inventory for the onslaught of interest. It was nothing compared to what they had seen before, even though Kate had been wearing her designs for years prior.

“Kate wore Issa for many years,” she says. “She was a wonderful client and the clothes looked great on her.’

“That morning I’d gone to yoga as usual, and then I got a call from a friend telling me about the royal engagement,” she said. “It was all very exciting. We didn’t have a TV at the studio and this was pre-Instagram, but we soon knew Kate was wearing Issa because at four o’clock the phones began ringing and didn’t stop. It was bonkers.”

And the interest hadn’t subside weeks after the engagement was announced. After the royal engagement, Issa’s sales doubled, but the business (and capital) she had in place wasn’t ready for that sort of rapid growth.

“I didn’t have the money to finance production on that scale,” she said. “The bank refused to give me credit and the factory was screaming for me to pay its bills. I needed an investor.”

She found one: Camilla Al-Fayed, half-sister to the late Dodi Al-Fayed, who died in a car crash with Princess Diana in 1997. Al-Fayed bought a 51 percent stake in the company in July 2011. But Al-Fayed’s family — in particular, her father, Mohamed Al-Fayed — had been extremely critical of the royal family since the tragic crash. And although Kate continued to wear Issa designs at the start of her marriage, after the merger, she appeared in them less and less.

Ultimately, the business move led to the collapse of the brand: A new CEO came on — whom Helayel clashed with — and she ended up leaving the brand in 2013 before it shuttered completely two years later.

“I left because I couldn’t take any more,” she said. “I felt so stressed that my hair went white and started falling out. I was broken by the end of it. I had a great business, which I’d built up on my own over a decade. To watch it evaporate was heartbreaking.”

Helayel took a break from design, traveling and spending time with family. But now she’s back with a new brand, Dhela. The first collection, which she says retains “hints of Issa” with jersey fabrics and similar styles, is available this month. (And includes plenty of Princess Kate-ready styles!)

“Designing is what I do, it’s what I love, and I’m just so happy to be back,” Helayel added. 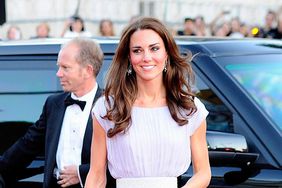 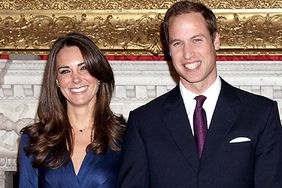 Princess Kate's Famous Blue Engagement Dress is Back – and It Costs Just $175! 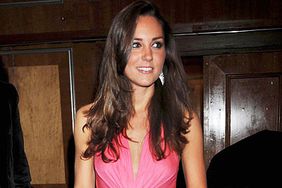