"Maybe structure is a nicer word," she says of her techniques to raising three children, including a future queen!

Carole Middleton has raised a future queen — and now she’s opening up for the first time about her parenting style.

“This might surprise you, but I think one of the most important qualities of a good parent is discipline,” the mother of three (Kate, Pippa and James Middleton) and grandmother of four (Kate and William’s three children and Pippa’s newborn) says in her first in-depth interview, with U.K. newspaper The Telegraph.

“That doesn’t mean you’re strict, but routine is vital,” she says. “Maybe structure is a nicer word. You can’t suddenly start teaching them about politeness at 13. You have to do it from the start.”

Speaking to the newspaper to mark the 30th anniversary of her wildly successful business, Party Pieces, the typically tight-lipped entrepreneur, 63, also touched on a wide range of personal details.

Reflecting on her life as a working mother, she says, “I’m definitely hands-on. I don’t find it complicated. My biggest fear [as her children grew up] was that I’d lose my family, but we’ve stayed close. There are times when they say, ‘Can you do this, or that?’ And I can’t quite. But they like the fact that I work. I have two lovely sons-in-law (Prince William and Pippa’s husband, James Matthews), and I hope I’ll have a lovely daughter-in-law.”

Kate Middleton Says She’s ‘So Bad’ at This Skill: ‘I Have to Make Sure My Children Are Better!’

On her elder daughter’s 2011 royal wedding, she says, “We talked about music . . . everything. I was involved lots with both Pip’s and Catherine’s weddings. But I think the most important thing, as a parent, is to listen to what your daughter wants. You can have all the ideas in the world, but it has to be about them. And I don’t muscle in on the guest list.”

Speaking about her Catherine Walker & Co. ensemble for the royal wedding, she says, “Like every mother, I wanted to look my best, make my children proud and enjoy the day. I honestly don’t think I was any more stressed than any other mother-of-the-bride.”

As for the family’s Christmas plans, she revealed that her 5-year-old grandson, Prince George, and 3-year-old granddaughter, Princess Charlotte, each get their own Christmas trees “so they can decorate it themselves.” Typically William and Kate alternate spending Christmas between his family and hers, but their office in Kensington Palace has confirmed that they will join William’s brother, Prince Harry, and sister-in-law, Meghan Markle, for church services in Sandringham this year.

On Carole’s Christmas menu this December? Smoked salmon and Champagne for lunch before the full dinner, which will have both the traditional Christmas offerings and vegan choices.

“I’ve recently gone vegan. Or maybe that should be flexitarian,” she tells the Telegraph. “If I go to someone’s house for dinner, I’m not going to make a fuss.

“For Christmas, I’d probably have two options – very traditional and something vegan.”

She said she had been planning for Christmas since Halloween but offered this advice: “Don’t get hung up on perfection. Often it’s the mistakes that make things memorable.” 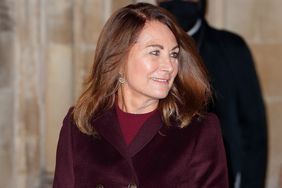 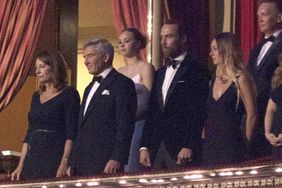