Camilla 'Broke Prince Charles's Heart' and He Begged Her to Call off Her First Wedding, New Book Claims

Camilla, Duchess of Cornwall, is making her side of the story heard.

In the upcoming biography The Duchess: The Untold Story, written by royal biographer Penny Junor with input from many of Camilla’s closest friends, new revelations have emerged about her longtime love affair with Prince Charles.

In an adapted excerpt published Friday by the Daily Mail, Junor details Prince Charles’s sadness when Camilla decided to marry Andrew Parker Bowles in 1973. Although she and Charles had met two years prior and fallen in love, she was not deemed “sufficiently aristocratic” to be the future king’s wife. What’s more, she was not a virgin, which was then considered a prerequisite by Charles’s great uncle and close adviser, Lord Mountbatten.

At the time Camilla accepted Parker Bowles’s proposal, Charles had embarked on a career in the Royal Navy and was serving a stint in the Caribbean.

“She wrote to Charles herself to tell him. Her letter broke the prince’s heart. In great distress, he fired off anguished letters of his own to his nearest and dearest,” according to the excerpt.

“It seemed to him particularly cruel, he wrote in one letter, that after ‘such a blissful, peaceful and mutually happy relationship’, fate had decreed that it should last a mere six months.”

Before the July 4 wedding, he made one “last-ditch” attempt to stop her from marrying Parker Bowles by writing her a letter, to no avail.

The Mail also recaps Camilla’s infamous first meeting with Charles, which was set up by his friend Lucia Santa Cruz.

“As Lucia made the introductions, she joked, ‘Now, you two, be very careful, you’ve got genetic antecedents. Careful, CAREFUL!'” according to the Mail. “The reference was to Alice Keppel, Camilla’s great-grandmother, who had been a mistress of Edward VII, Charles’s great-great grandfather.

The attraction was “immediate . . . He loved the fact that she smiled with her eyes as well as her mouth, and laughed at the same silly things as he did. He also liked that she was so natural and easy and friendly, not in any way overawed by him, not fawning or sycophantic. In short, he was very taken with her, and after that first meeting he began ringing her up.”

The Mail also claims that Andrew Parker Bowles was unfaithful and that Camilla “lived with a permanent knot of dread in her tummy, fearing that one day he might leave her. And this left her very vulnerable to the attentions of a suitor.”

Meanwhile, she and Charles remained confidantes and “best friends,” before they became lovers again around 1978 or 1979 following the birth of Camilla’s daughter Laura.

“Andrew was in no position to complain; and when he discovered what was going on, he wisely didn’t make a fuss,” according to the excerpt. “Some would say that a part of him actually quite enjoyed the fact that his wife was sleeping with the future King; he might have felt differently had Charles been a traveling salesman.”

Camilla’s relationship with Charles, 68, has long been a topic of discussion, with many Princess Diana supporters —and Diana herself — blaming Camilla for the pair’s strained relationship.

Charles separated from Diana in 1992 and the pair officially divorced in 1996. Despite the scandal surrounding their affair — especially after the death of Diana in 1997 — Charles and Camilla eventually got married in 2005. 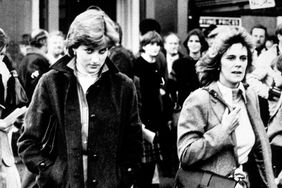 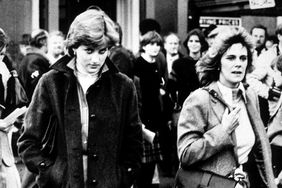 Charles, Diana and Camilla: A Timeline of Their Royal Love Triangle 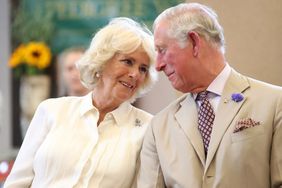 Why Camilla, Duchess of Cornwall, 'Will Be a Great Consort as Queen' 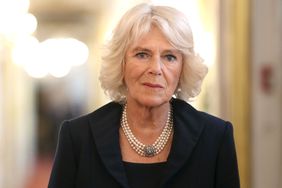 Camilla Reveals She Was a Prisoner in Her Own Home After Prince Charles Affair Reveal: 'It Was Horrid' 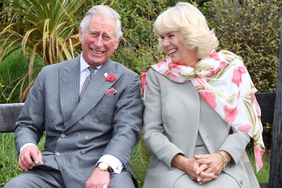