The royal couple, dressed in traditional Bhutanese costume, gaze adoringly at their first-born child in the stunning shot

Bhutan’s King Jigme and Queen Jetsun have released the first photo of their four-day-old baby son.

Taken at Lingkana Palace, where the queen gave birth, the picture was unveiled as the small mountainous kingdom celebrates its traditional New Year Losar holiday.

The photo, which was shared on Facebook, shows King Jigme’s 60-year-old father, His Majesty the Fourth Druk Gyalpo (Dragon King), cradling his infant grandson, who is wrapped in an orange blanket.

The young Dragon Prince is lovingly surrounded by his parents, who have been called the William and Kate of the Himalayas. The royal couple, dressed in traditional Bhutanese costume, gaze adoringly at their first-born child in the stunning shot.

Ever since the announcement of 25-year-old Queen Jetsun’s pregnancy, the population of the tiny landlocked nation, nestled between China and India, have been waiting for a glimpse of the heir apparent.

“Bhutanese families spent a wonderful Losar today, celebrating the day with family and loved ones,” the Facebook caption reads.

“To make the day even more special, we have the honor of bringing to you the very first official photograph of His Royal Highness The Gyalsey (Crown Prince).”

The festival of Losar, also celebrated within Tibet, India and Nepal, is an important annual occasion in Bhutan.

Similar to the Chinese New Year, it lasts for more than two weeks: its first three days are seen as paramount, and are characterized by dancing, music and general merrymaking.

King Jigme, 35, studied at Oxford and in the United States. After his father abdicated, he was officially crowned Dragon King in 2008.

Will and Kate are set to visit King Jigme and Queen Jetson, who have yet to reveal their son’s name, later this spring.

“The Duke and Duchess are very much looking forward to congratulating Their Majesties in person when they visit Bhutan this spring,” Kensington Palace tweeted. 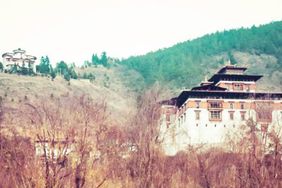 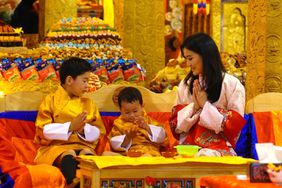 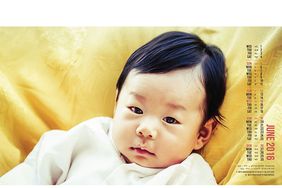 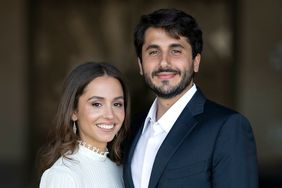 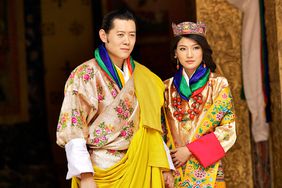 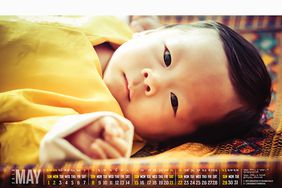 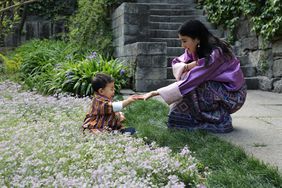 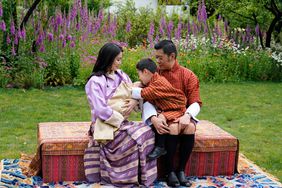 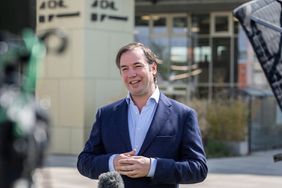