Best Photos from Prince William's Tour of Kuwait and Oman — from Bird Watching to Shooting Hoops!

While Kate Middleton attends a palace reception for NATO leaders solo, Prince William is undertaking a four-day tour of Kuwait and Oman

On the first day of his official visit to Kuwait, Prince William learned more about Kuwait’s ambitious plans to protect its natural environment from human and environmental challenges at the Jahra Nature Reserve.

The Queen's grandson studied the wetlands’ wildlife, including identifying some of the 300 species of birds seen at the reserve.

Scientists from Kuwait’s Environmental Public Authority and the UK’s Centre for Environment, Fisheries & Aquaculture Science are working in partnership to promote Kuwait’s biodiversity and inform its approach to marine environment conservation.

In a traditional Kuwaiti tent in the desert outside of Kuwait City, the Duke of Cambridge joined Sheikh Mohamed Abdullah and young Kuwaitis for a special event to experience what makes rural Kuwaiti culture so unique.

William showed off his hoop skills at the Sheikh Abdullah Al Salem Cultural Centre, where he joined young Kuwaitis in checking out the museum's interactive exhibits.

Prince William also heard more about how the cultural center is enhancing UK-Kuwait relations, particularly in education and culture. 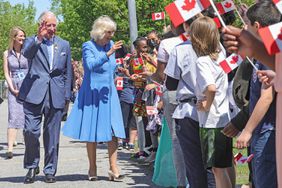 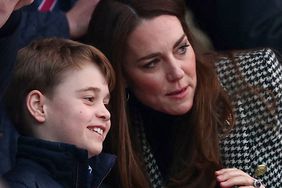 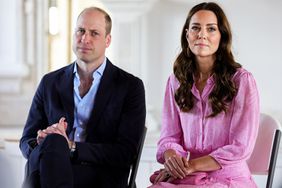 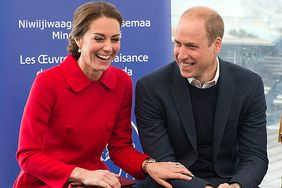