They may be short of stature, but when it comes to Princess Charlotte and Prince George, their fashion influence looms large.

Just hours after Charlotte made her Buckingham Palace balcony debut on Saturday wearing a pair of pale pink Mary Jane leather shoes, the manufacturer has been inundated with requests.

“We have been non-stop since the weekend – I’m actually having to turn orders away,” Paul Bolton, managing director of Early Days tells PEOPLE. “There has been a real boost but now we have to worry about how to produce them all!”

The British company is now running at eight to 12 weeks estimated delivery time for all their pre-walker styles.

The soft leather $40 “Emma” shoes were the same ones Charlotte wore in navy in the photographs taken by mom Princess Kate to mark her daughter’s first birthday on May 2.

“The pink Emma was the one we really wanted her to wear, because it’s one of our best-sellers anyway,” says Bolton, who notes that while there was a sales surge after she wore the navy shoes, the pink have been far more popular.

Still, Bolton says nothing compares to George’s impact after wearing Early Days “Alex” shoes in New Zealand back in 2014.

Princess Charlotte Is All Grown Up in Her First Birthday Portraits

“Nothing like that had ever happened to us before!” recalls Bolton. “Sales have increased by over 40% since Prince George wore our shoes in 2014 and I really do think the trend looks set to continue with Princess Charlotte.”

Founded in 1952, the Leicester-based company are the only children’s shoe manufacturer left in the U.K. Since 2014, they have had to cease selling direct to the public just to keep up with demands from retailers such as Trotters (where Kate is believed to buy hers). They are now set to install new state-of-the-art machinery in their factory and hire even more staff.

As to whether little Charlotte could set to overtake George when it comes to style influence, Bolton says it’s too early to say. “George is the future King of England, but all parents love to dress up their little girls. So long term maybe it will be Charlotte – only time will tell.” 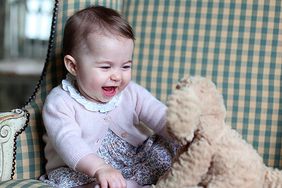 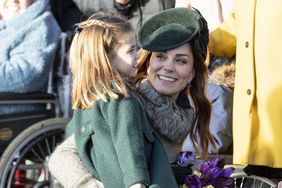 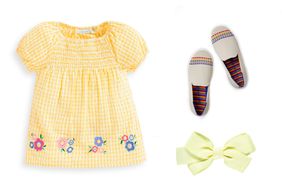 All of the Royal Baby Collections to Shop in Anticipation of Baby Sussex! 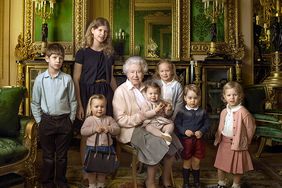