"I was a huge target for bullies. The things that they would say and do to me – and some other friends in that class – opened my eyes," Jaylen Arnold tells PEOPLE

Jaylen Arnold says some call him the “Alphabet Kid” — because he has a series of letters associated with his name.

They are TS, OCD and ASP and represent Tourette Syndrome, Obsessive Compulsive Disorder and Asperger Syndrome — conditions he deals with that have resulted in bullying since he was a young boy.

But the 16-year-old from Lakeland, Florida, has found the strength to turn his experiences into fighting bullying nationwide.

“I want to be a voice for the kids who don’t have one,” he tells PEOPLE.

Now, he is getting recognition from Prince William and Prince Harry, who will be at a special ceremony held by the Diana Award charity at St. James’s Palace in London on Thursday to commemorate their late mother, Princess Diana. Twenty young people from around the world who have made a “monumental impact” on society will be recipients of the Legacy Awards.

“It is really, really cool and I am still trying to process it,” Arnold says before boarding his first flight out of the U.S for London. “I have never been out of the country, but here we are being invited to be awarded by them. I am honored by it.”

Arnold’s campaigning began early. “I started to begin getting bullied when I was 8 years old because of Tourette’s, which is a neurological disability that I have that causes me to twitch and make weird noises,” he says.

“I was a huge target for bullies. The things that they would say and do to me – and some other friends in that class – opened my eyes. All of us were too scared to tell anyone and it only got worse. Thousands upon millions of kids are being harassed each and every day and are too scared to say anything about it.”

So, supported by his parents, Robin Arnold Eckelberger, 44, and Neil Eckelberger, 41, (he also has a sister Nina, 14), Arnold set up Jaylens Challenge, an online resource for support and information. The “next thing we knew the local newspapers wanted to do a story,” he says. And then the national media came calling.

He now tours the country, giving talks about bullying and his condition and has spoken to around 200,000 kids in school assemblies. “Victims have come to us and told us we were inspirational, and that we have really helped them not being bystanders and to stand up for their friends. We have had bullies come up and say they have been affected in a good way.”

Now he is being honored in the late princess’s name. “Even though I wasn’t born when she passed away, I have read about the humanitarian work that she did. She is one of the most selfless figures I have seen – and I can see the genuine soul that she had and the giving nature that she had,” he says. “I feel like she was an angel.”

He praised the princes as well since they do “a lot of anti-bullying work too – it is really cool to see that they are continuing what their mother has done,” he adds.

As he gains recognition, he is looking towards the future. His “No Bullies in School” events will kick in again when classes begin in the fall. “We try to talk to the young kids to start the school off right. We hope that we shine a light on everyone and show that kindness is the most important thing.”

The campaigning has also helped him. “I was unsure about who I would be able to reach, but there are so many people around us who have helped me be more confident in my disability. Hearing the stories of other kids I am inspired by them, just as they may be by me.” 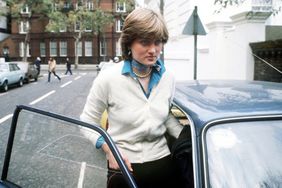 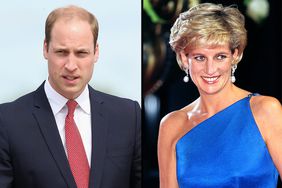 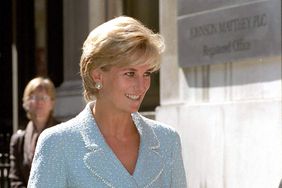 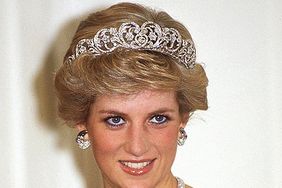 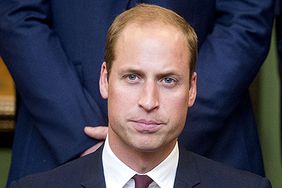 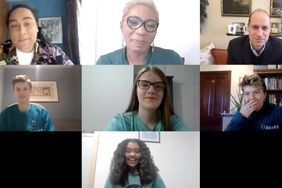