It’s not hard to see why the movies made about novelist Earl Derr Biggers’ Canton-born, Honolulu-based detective Charlie Chan were popular — from the Thin Man films to Sue Grafton’s alphabetical Kinsey Millhone novels, mystery lovers adore shrewd series characters. In the four adventures in this first volume of The Charlie Chan Collection — Charlie Chan in London, Paris, Egypt, and Shanghai — Warner Oland portrays Chan as a dapper fellow very much in the tradition of the ”cozy” mystery subgenre: Like Agatha Christie’s Miss Marple or TV’s Lieutenant Columbo, Chan is a deceptively polite, unassertive sort who’s always making logical connections and snatching up physical evidence that eludes everyone around him.

These lightweight films, each of them running under 90 minutes, are clever little puzzles with a familiar rhythm: A crime is committed, usually a murder (my favorite, because it’s so quirky, occurs in Charlie Chan in Shanghai, when a man at a ceremony honoring Chan opens a box to present him with a scroll…and a gun rigged inside the box fires and kills the poor fellow). Chan investigates, sometimes with the help of his eldest son, Lee (Keye Luke, who enjoys making his character an incorrigible flirt). The local police are invariably baffled. And Chan solves the crime, sprinkling his analysis with wise/silly sayings (”Perfect case like perfect doughnut?has hole”).

This collection lacks what is probably the best-written and best-directed film about the detective, Charlie Chan at the Opera (1936), but it does include an extremely odd rarity, the 1931 Spanish-language Chan adventure Eran Trece — a version of a ”lost” entry in the series, Charlie Chan Carries On — starring Manuel Arbó as a gleefully unconvincing Chan.

As to the vexing question of whether these films are racist: I find the Charlie-as-smartest-guy-in-the-room setup and Oland’s firm authority redeeming, but some viewers will, inevitably, disagree. In Egypt, as though to draw such attention from the non-Asian lead actor, Stepin Fetchit pops up for his doleful-black-man act — Fetchit is so surreally skilled that the racism is almost transcended. Almost. In general, the dialogue leaves out definite articles and verbs willy-nilly, to achieve a clichéd pidgin English (”Joy in heart more desirable than bullet,” says Chan in Paris), which becomes just plain tiresome after a while. But Chan is no servile lackey. He carries a gun and uses it. During the one instance of someone ridiculing Asians, in Paris, the man is portrayed as a lout. When he offers Chan a beverage by leering, ”You likee havee little dlinkee?” you think Chan may really clock him — but dignity prevails. 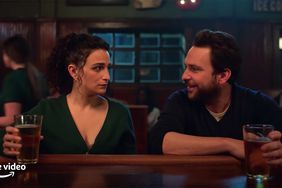