Newsom rose from city official to mayor of San Francisco to his state's leader, now facing a recall election backed by Republicans

California officials confirmed Wednesday that an election to determine whether to recall Gov. Gavin Newsom will proceed, after critics of the Democrat met a state threshold for petitioners seeking to boot him from office.

The upcoming election — which has not yet been scheduled — will mark the second time in the state's history that citizens will vote on recalling a sitting governor. Newsom, who has vowed to fight, is likely to face a wide field of challengers.

Here's what to know about his career, his headline-making personal life and the recall drive that threatens his time in office.

Following his graduation from Santa Clara University, Newsom founded a wine store that grew to encompass 23 businesses (including hotels and restaurants) throughout California, according to a 2000 profile in The San Francisco Chronicle.

Newsom's foray into politics began when he was appointed to serve on San Francisco's Parking and Traffic Commission in 1996. After eventually filling a vacancy on the city's Board of Supervisors, he was elected to the board over the next three consecutive terms.

He then set his sights on higher office and, at the age of 36, became the youngest person to be elected mayor of San Francisco in more than a century, serving from 2004 to 2011.

As mayor of San Francisco, Newsom quickly established a reputation as a progressive who wasn't opposed to flouting the rules for what he believed in, as when he ordered City Hall to issue marriage licenses to gay couples despite a law against it at the time.

(As The Los Angeles Times detailed in 2018, Newsom's career has also been buoyed for years by support from some of San Francisco's most influential families.)

He served as California's lieutenant governor from 2011 to 2019 and was elected governor of the state in 2018, winning nearly 62 percent of the vote.

Prior to the calls for him to be recalled — a campaign backed by Republicans and fueled by scrutiny over his handling of COVID-19 and an unemployment fraud scandal, among other issues — Newsom's political capital had been on the rise, speaking in a prime spot during the 2020 Democratic National Convention, where he endorsed now-President Joe Biden.

Following Biden's win alongside now-Vice President Kamala Harris, Newsom selected her replacement in the Senate, choosing former California Secretary of State Alex Padilla to serve out the remainder of her term.

His Personal Life, Scandals and His Ex: Kimberly Guilfoyle

Newsom married film director Jennifer Siebel in 2008, and the couple share four children together: daughters Montana and Brookyln and sons Dutch and Hunter.

But he was married once before: to Kimberly Guilfoyle, now the girlfriend of Donald Trump Jr. and a former Fox News host.

Guilfoyle and Newsom wed in 2001, when she was working in the city district attorney's office and he served on the board of supervisors. Guilfoyle left her job as a prosecutor in 2003 to assist with her then-husband's mayoral campaign.

After Newsom became mayor, Guilfoyle took on a new role as an on-camera legal analyst, eventually moving on to Fox News, which she left in 2018 amid accusations of sexual misconduct, which she denied.

Of their nuptials, the Chronicle wrote in 2001: "A royal wedding. Social event of the year. The two hottest public servants in San Francisco get hitched."

Guilfoyle has since become an avowed Republican, stumping for her boyfriend's dad during his failed reelection bid, during which time she occasionally made reference to her ex-husband's work as governor.

Speaking at the Republican National Convention last year, in a speech that quickly went viral, Guilfoyle used the state governed by her ex-husband as an example of what the country could turn into, she argued, under Democratic leadership — "a land of discarded heroin needles in parks, riots in streets, and blackouts in homes."

Donald Trump himself has joked about Guilfoyle's past romance with Newsom, according to one account of a 2018 fundraiser: "Kimberly, you know him, right?" Trump said of Newsom, drawing "awkward, tepid laughter" in the room.

Newsom's personal life has been marred by occasional scandal, as well: He admitted to an affair with the wife of his former campaign manager, who was his suboordinate, and suggested he had suffered from problems with alcohol.

He has since opened up about his past, saying he learned and grew from his mistakes, ultimately leading him to meeting his current wife.

"Sometimes people make mistakes in their lives and you then work hard never to make them again, because you learn from them," Newsom said in a 2018 interview. "I've never made them again and I've learned from it, and it led ultimately to falling in love with Jen."

Why Is Newsom Being Recalled?

Recall efforts first began to take shape prior to the COVID-19 pandemic, though the attempts to remove Newsom from office gained momentum as the virus spread and his handling of it drew more scrutiny.

As the Associated Press detailed in February, the governor faced criticism with some residents over restrictions put in place to curb the infections.

He also apologized after photos surfaced showing him eating dinner amid the pandemic last November at a restaurant with a crowded table, in violation of his own health recommendations.

"It was a terrible mistake," he said afterward, adding that he had been attending a dinner to celebrate a friend's 50th birthday. "Of course it was a mistake. I didn't shy away from that. Bottom line is I own that."

Newsom further drew criticism for his handling of the vaccine rollout and a decision to lift a stay-at-home order that was met with conflicting reactions, as well as problems in his administration related to $10 billion in unemployment fraud.

Newsom and his administration, meanwhile, have blamed the recall on politics as usual, arguing that Republicans and Trump supporters are anxious to get him out and to replace him with someone more conservative.

"It is what it is. This is a Republican recall," he said in an interview with CNN earlier this year. "An RNC-backed Republican recall of White supremacists, anti-Semites and people who are opposed to immigration and immigrants is an accurate assessment of who's behind this recall."

Still, Newsom has admitted that the recall is serious, telling the hosts of The View in a March interview that he intends to remain at the helm.

What's Next for Newsom?

Voters will be asked two questions on the recall ballot: Whether they want to vote "yes" or "no" on recalling Newsom, and who they would want to replace him with if they voted "yes."

The list of those running to replace Newsom is quite lengthy, and the ballot will feature a mixed bag of candidates from both parties, including Republican Caitlyn Jenner and former San Diego Mayor Kevin Faulconer.

A similar recall election took place in California in 2003, when Democrat Gray Davis was recalled and more than 125 candidates ran to be his successor.

Recent polls have found that the bid to oust Newsom faces an uphill battle, with most voters opposing the move. Several prominent Democrats — including Harris, Sen. Elizabeth Warren and activist Stacey Abrams — have voiced opposition as well, calling the recall bid "extremist."

Should he defend his post, Newsom, who been rumored to be considering a presidential bid some day, will shift his attention to his reelection campaign, with his current term set to end in 2022. 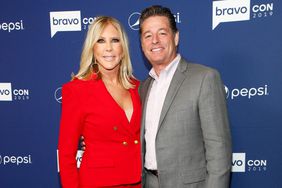 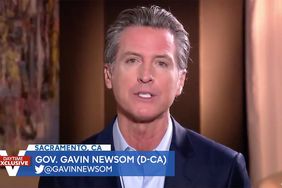 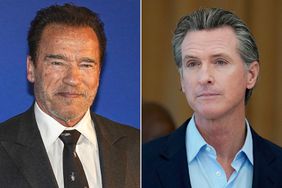 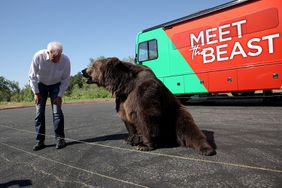