A long-classified document regarding the role of Saudi Arabian citizens in the events of Sept. 11, 2001, was released over the weekend — coinciding with the 20th anniversary of the deadliest terrorist attack in U.S. history.

Though much of the 16-page document is redacted, it fuels longstanding questions about some Saudi officials based in the U.S. who had connections to two of the hijackers.

The document lays out an inventory of the circumstantial evidence that arose as a result of the FBI's investigation into Saudi involvement in the attack, which Saudi Arabia has long denied. Fifteen of the 19 hijackers, as well as al-Qaida founder Osama bin Laden, were Saudi nationals.

The document released Saturday — the first in an expected trove of material to be made public as a result of a recent declassification order by President Joe Biden — includes evidence that indicates several Saudi religious officials working in the U.S. at the time of the attacks had connections to at least two of the hijackers.

Al-Mihdhar and al-Hazmi were ultimately part of the group that hijacked American Airlines Flight 77, which crashed into the Pentagon.

Al-Bayoumi was from a wealthy Saudi family and suspected of being a Saudi intelligence agent by the FBI.

The document states that al-Bayoumi was also in contact with a religious official stationed at the Saudi Embassy in Washington, D.C., who had his own connections to other al-Qaida operatives.

In his order last week to reviews records related to the investigation into the attack, Biden said, "Although the indiscriminate release of classified information could jeopardize the national security — including the United States Government's efforts to protect against future acts of terrorism — information should not remain classified when the public interest in disclosure outweighs any damage to the national security that might reasonably be expected from disclosure."

"The significant events in question occurred two decades ago or longer, and they concern a tragic moment that continues to resonate in American history and in the lives of so many Americans," he said.

Some families of the 9/11 victims — who are suing Saudi Arabia in federal court — lauded the document's release, arguing it proved the country was involved in some capacity despite their denials.

Though some defense experts questioned whether the families would find the declassified document satisfactory, one of the attorneys representing the 9/11 families told ProPublica, "This validates what we have been saying."

"The FBI agents working this case detailed a Saudi government support network that was working in 1999, 2000 and 2001 to provide the hijackers with everything they needed to mount the attacks — apartments, money, English lessons, flight school," attorney James Kreindler told ProPublica.

Last week, these families released a statement urging Biden not to make an appearance at the memorial held on the 20th anniversary of the attacks unless he declassified the documents.

In a statement of its own released last week, the Saudi government again denied any involvement in the attacks, saying it welcomed the release of the documents.

"Any allegation that Saudi Arabia is complicit in the September 11 attacks is categorically false," the embassy said in its statement, USA Today reported. "Saudi Arabia knows all too well the evil that al-Qaeda through its ideology and actions represents. ... Alongside the U.S., the kingdom has spared no effort in tackling the men, money, and mindset of terrorism and extremism in all its forms."

The 9/11 Commission Report — an independent, bipartisan commission created by Congress and President George W. Bush — found "no credible evidence that any person in the United States gave the hijackers substantial financial assistance" and offered no clear connection to any foreign government. 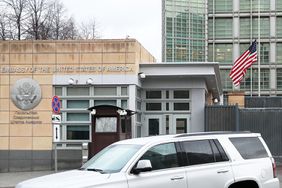 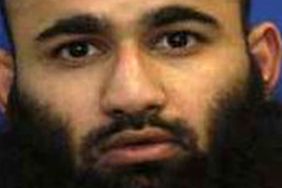