"The community spent a considerable amount of time putting the mural together only to have it painted over in a hateful and senseless manner," police said

Police in Martinez, California, say they are looking for two people who were filmed painting over the city's commissioned Black Lives Matter street mural shortly after it was completed on the Fourth of July.

Video of a man and woman arguing with Black Lives Matter supporters as the woman defaced the art went viral over the weekend and was met with disdain from city officials.

In the video, the woman is seen painting over the "L" in the mural, while the man with her (wearing a pro-Donald Trump "Four More Years" shirt and "Make America Great Again" hat) slammed the mural and claimed racism and oppression to be a "liberal lie." Both individuals appear to be white.

“Keep this s--- in f----- New York," the woman says, while rolling black paint over the yellow letters. "This is not happening in my town.”

"The community spent a considerable amount of time putting the mural together only to have it painted over in a hateful and senseless manner," Martinez police said in a news release on Sunday asking the community for help tracking down the duo in the video.

Martinez, police said, "values tolerance and the damage to the mural was divisive and hurtful."

The city, which is located about 35 miles northeast of San Francisco, granted a group of Black Lives Matter supporters a permit to create the mural on a street outside the Contra Costa County courthouse. Community members spent about seven hours making the mural, according to the The Washington Post.

However, "Once the mural was completed, an unidentified white male and white female arrived," Martinez police said. "While the male made comments to a group of onlookers his companion began painting over the mural with black paint."

"[The woman] asked the male to get her another can of paint to continue with the act of vandalism," police said. "It appeared that the couple came to the mural with cans of paint and a roller with the specific purpose of vandalizing over the mural."

“It was just like: Man, already?” Justin Gomez, a local resident who helped acquire the permit from the city for the mural, told the Post.

“I think it speaks to the climate in our country," Gomez said. "We’re seeing protesters getting run over by cars. We’re seeing people advocating for the movement being targeted in a very real and violent way. It felt like that was finally coming to our town.”

"What happen[ed] yesterday to deface that mural was hostility  in an ugly form," Martinez City Councilmember Noralea Gipner wrote on Facebook on Sunday. "Permission was given to put that there but permission was not given to deface it. That is against the law. "

Gomez told the Post the mural cost about $800 from crowdfunded money and took about 100 people to help create.

“There is no oppression, there is no racism. It’s a leftist lie. It’s a lie from the media, the liberal left," the unidentified man in the video yells.

Onlookers filmed them and asked them why they were painting over the message.

"What's wrong with you?" one person is heard asking them.

People standing nearby chastised their actions and told them that covering up the mural was inherently racist.

Black Lives Matter murals have been painted on streets across the country with similar yellow paint, including in Washington, D.C.

Martinez police said the man and woman left the scene before authorities arrived on Saturday.

Authorities were looking for a "Nissan pickup truck with the word 'NICOLE' on the right side of the tailgate in silver lettering."

The mural was repainted within an hour on Saturday, according to the Post. 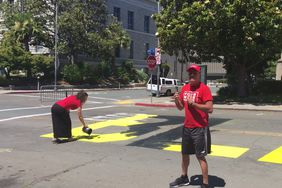 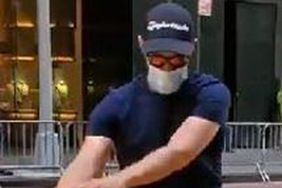 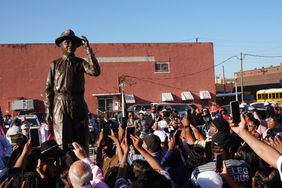 Emmett Till Memorial Statue Unveiled in Mississippi: 'Affirmation That Our Lives Matter' 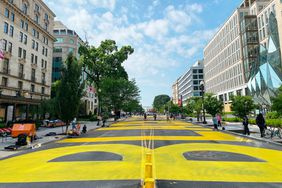 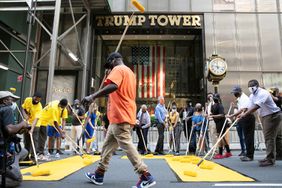 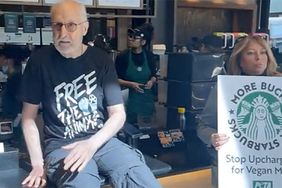 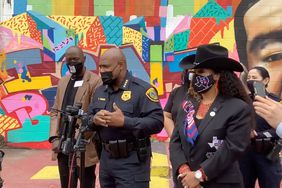 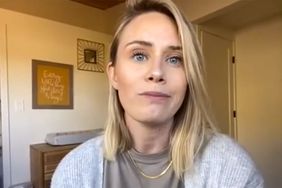 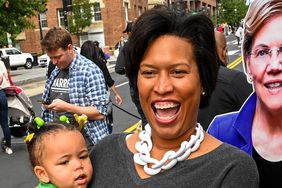 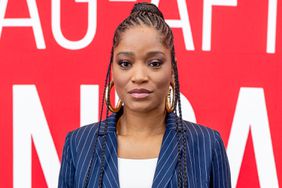 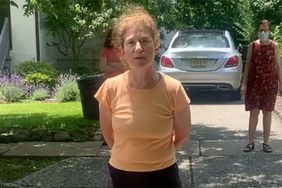 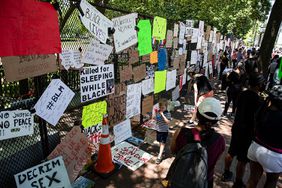