Since the moment he announced his candidacy for president in June 2015, now-President Donald Trump has made immigration policy a cornerstone of his campaign, and now, his administration.

Just over a month into his presidency, Trump appears to be making good on his promises to curtail illegal immigration — and increase deportations. This week, the Department of Homeland Security introduced new plans for immigration policy. Here, we’re breaking them down.

On Tuesday, Department of Homeland Security (DHS) officials announced the plans the Trump administration has regarding illegal immigration and changing how immigration laws are enforced throughout the country in a series of guidance memos. The changes are expected to lead to detentions and deportations in greater numbers, as well as lessened protections for undocumented immigrants.

Trump has signed three executive orders relating to immigration so far. Two are more general orders, “Border Security and Immigration Enforcement Improvements” and “Enhancing Public Safety in the Interior of the United States,” and the controversial travel ban, “Protecting The Nation From Foreign Terrorist Entry Into The United States” which has since been blocked by a federal judge and an appellate court.

One of the two memos published on Tuesday says, “the Department no longer will exempt classes or categories of removable aliens from potential enforcement.” This is a change from an Obama administration guideline, issued in 2014, which prioritized the deportation of undocumented immigrants with gang connections, criminal records, or those who were viewed as security threats. Though the Trump administration’s policy is more broad, they too acknowledge that “criminal aliens” are the priority.

And under the Obama administration, people caught trying to cross the U.S. border illegally were allowed into the United States as they waited for their asylum requests to make their way through the legal process. And that can take years to happen, according to the New York Times. Now, the Trump administration is planning to expand detention spaces, according to the memos.

However, DHS officials say that any efforts won’t result in “mass deportation.”

There are, however, a few remaining exceptions to the rules.

Who is still protected?

The Trump administration is leaving the Deferred Action for Childhood Arrivals program — also known as DACA — in place. The program protects “Dreamers,” a term that describes undocumented immigrants who arrived in the U.S. before the age of 16, and have lived here since June 15, 2007.

The program began when Obama signed an executive order in 2012, and according to CNN, over 750,000 people are a part of the program, with over 46,000 applications still pending.

Trump has flip-flopped on his stance on keeping DACA alive. On the campaign trail, he said he’d get rid of it, but has softened his tone since taking office.

“DACA is a very, very difficult subject for me, I will tell you,” he said last week, according to CNN. “To me, it’s one of the most difficult subjects I have because you have these incredible kids. We’re gonna deal with DACA with heart.”

Children are the recipients of the majority of the Trump’s administration’s sympathy. Children who attempt to cross the border by themselves are eligible for extra protections, like a hearing before an immigration judge. Adults, however, may be deported by border agents without a hearing.

How can the Trump administration make these changes happen?

To start, DHS officials say they hope to grow the number of border patrol and ICE agents employed in the United States. According to the memo, the desired number of new agents is 10,000.

Another way they can staff up is through a program called 287(g). With the program, local and state police can be trained by the DHS as immigration officers, which gives them the power to identify and hand off undocumented immigrants (suspected or verified) to Immigrations and Customs Enforcement. Under the Obama administration, the program was used less and less, but the Trump administration hopes to ramp it up again.

But there are blocks in the way to this hiring that may slow down the process, John Kelly, Trump’s homeland security secretary, said that he’s willing to take a little longer in order to find the best applicants for the jobs.

“I’d rather have fewer and make sure that they’re high-quality people,” Kelly said, according to the New York Times. “I will not skimp on the training and the standards.”

There are a few more changes the Trump administration is making. One is the creation of VOICE, short for Victims of Immigration Crime Engagement, which will as a “liaison” between the victims of crimes at the hands of undocumented immigrants, and the criminals themselves.

“The liaison will facilitate engagement with the victims and their families to ensure, to the extent permitted by law, that they are provided information about the offender, including the offender’s immigration status and custody status, and that their questions and concerns regarding immigration enforcement efforts are addressed,” the memo reads.

To that end, the Privacy Act will no longer apply to undocumented immigrants, the memo says. The Privacy Act protects people from having data and records that pertain to them from being released without their consent.

In fact, more data about undocumented immigrants who have been “apprehended by ICE” and are in the middle of the legal process will be released to the public in a free “weekly report.” The report will include a person’s name, country of citizenship, any prior crimes, and where they are in the legal process when it comes to deportation or release. 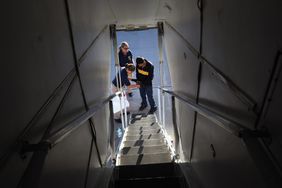 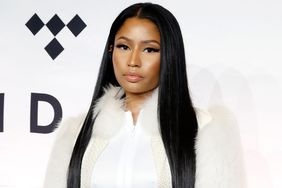 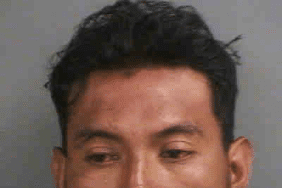 Guatemalan Man Calls 911 and Asks to Be Deported 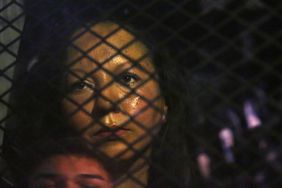 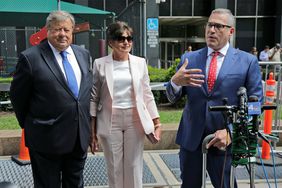 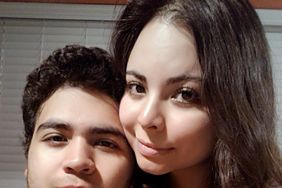 Houston 'Dreamer' Who Helped Harvey Victims Shares Deportation Fears: 'My Future Is No Longer in My Hands' 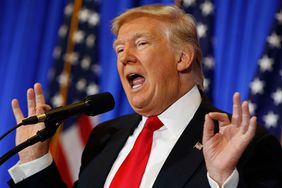 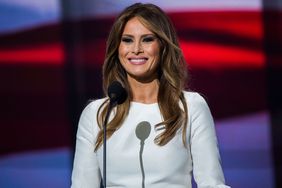