President Donald Trump‘s claims that there are people who intend harm among a caravan of Central American migrants marching toward the United States border has been refuted by a senior counterterrorism official.

“While we acknowledge there are vulnerabilities at both our northern and southern border, we do not see any evidence that ISIS or other Sunni terrorist groups are trying to infiltrate the southern U.S. border,” the unnamed official told CNN.

On Monday, Trump told reporters, according to the Associated Press, “Take your camera, go into the middle and search. You’re gonna find MS-13, you’re gonna find Middle Eastern, you’re going to find everything. And guess what? We’re not allowing them in our country. We want safety.”

He did not provide any evidence for his claims.

Trump also alleged, without proof, in a tweet that day that the caravan includes “criminals and unknown Middle Easterners.”

On Tuesday, Vice President Mike Pence backed up his boss, saying that it is “inconceivable that there are not people of Middle Eastern descent” in the caravan, according to The Washington Post.

A New York Times fact check of the claims found that “there is no evidence that ‘unknown Middle Easterners’ have infiltrated the migrant caravan heading toward the United States’ southern border.

“Reporters with The New York Times and other news media outlets traveling with the caravan say they have not seen any Middle Easterners in the group. No government agency has confirmed Mr. Trump’s claim,” the Times noted.

“Trump said there are terrorists here,” Irineo Mujica, the director of Pueblo Sin Fronteras, told The New York Times. “Does he mean women? Children? The bombs must be diapers.”

CNN also reported that the caravan is largely comprised of mothers and children.

Thousands of Central American migrants seeking to escape poverty and violence in their home countries are marching through Mexico to reach the U.S. border. As of Monday afternoon, they were still around 900 miles away. Despite attempts by the Mexican authorities to stop the migrants from crossing a bridge between Guatemala and Mexico, thousands still managed to successfully make it to Tapachula, Mexico.

The group, which started with around 160 people in Honduras, has grown to an estimated 7,200 people, the UN said on Monday, according to the AP.

Caravans such as this one have happened annually in the past, though usually without much fanfare, The New York Times reported. According to the Times, the migrants travel in caravans for protection against the criminals that stalk their trip north. While most caravans typically shrink in size as they get further north, this one has gotten bigger — becoming by far the largest caravan on record, the Times notes.

John Cohen, the former Homeland Security acting Undersecretary, told CNN that the Trump administration has “clearly” made “an effort” to worry people about the caravan.

“That fear, from a law enforcement perspective, is highly misplaced,” Cohen explained. “It may be effective at energizing the base, but it creates a needless fear of the caravan.” 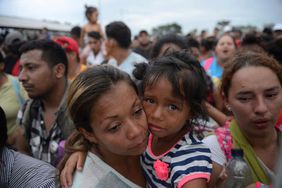 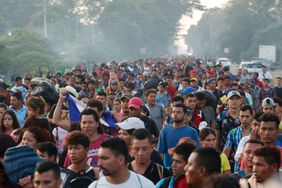 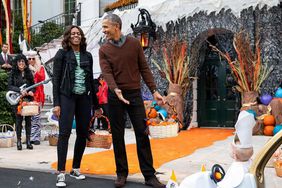 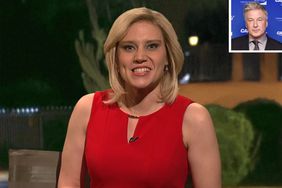 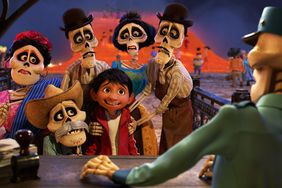 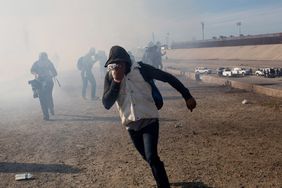