In an essay for THR, Wolff alleges that Trump has had trouble recognizing old friends, and that staffers refer to Trump’s daughter Ivanka as his “real wife” and White House Communications Director Hope Hicks as his “real daughter.”

The allegations are just a few also found in Wolff’s upcoming book Fire and Fury: Inside the Trump White House (out Jan. 9), which chronicles his extensive time spent at 1600 Pennsylvania Avenue, and which included more than 200 interviews with Trump and senior staff over a period of 18 months.

“At Mar-a-Lago, just before the new year, a heavily made-up Trump failed to recognize a succession of old friends,” Wolff writes — a seeming hint that the president’s memory may be fading. (Back in November, Joe Scarborough made similar claims on MSNBC’s Morning Joe, saying that people close to the president have said he has shown early signs of dementia).

As for Ivanka, Wolff claims that part of the “insanity” and “foolishness” happening in the West Wing has been the president’s “inability to deal with his own family,” and that giving Ivanka and her husband, Jared Kushner, leadership roles “was to compound his own boundless inexperience in Washington, creating from the outset frustration and then disbelief and then rage on the part of the professionals in his employ.”

Hicks, meanwhile, has become Trump’s “most powerful White House advisor,” Wolff alleges. The 29-year-old confidant’s primary function? “To tend to the Trump ego,” Wolff writes — “to reassure him, to protect him, to buffer him, to soothe him.”

“With [First Lady] Melania a nonpresence, the staff referred to Ivanka as the ‘real wife’ and Hicks as the ‘real daughter,’ ” Wolff claims.

The author also asserts that “it was Hicks who, attentive to [Trump’s] lapses and repetitions, urged him to forgo an interview that was set to open the 60 Minutes fall season. Instead, the interview went to Fox News’ Sean Hannity who, White House insiders happily explained, was willing to supply the questions beforehand. Indeed, the plan was to have all interviewers going forward provide the questions.”

Thursday’s report comes a day after Wolff’s preview piece for the book was published in New York magazine, after contents were leaked by The Guardian. Wolff claimed (among other things) that Ivanka wants to be “the first woman president,” that First Lady Melania “was in tears — and not of joy” when Trump won the presidential election in November 2016, and that the president’s former chief strategist and onetime close ally Steve Bannon called a Trump Tower meeting between Trump associates and a Russian lawyer “treasonous.”

Trump responded to Bannon’s reported comments on Wednesday, stating that his former ally “has nothing to do with me or my presidency” and that “when he was fired, he not only lost his job, he lost his mind.“ 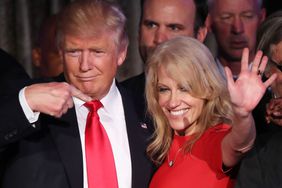 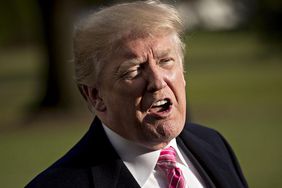 Some Top White House Aides Who Are Independently Wealthy Chose Not to Take Salaries. Steve Bannon Is Not One of Them 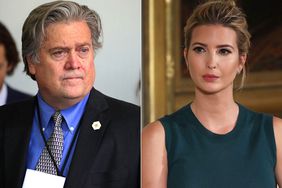 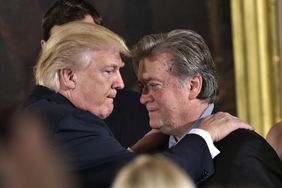