President-elect Donald Trump rang in the new year with a Twitter shout-out to his “many enemies” — and now on Friday he’s seemingly come face to face with one of the big ones: Vanity Fair editor Graydon Carter.

Carter once infamously called Trump “a short-fingered vulgarian” in a 1988 article in Spy magazine, an insult that apparently still haunts Trump to this day.

In November 2015, Carter revealed that, for the last 25 years, Trump had been sending him pictures of his hands to prove his fingers are properly proportioned. In an editor letter titled “Steel Traps and Short Fingers,” Carter claimed that “the most recent offering arrived earlier this year, before his decision to go after the Republican presidential nomination.”

“Like the other packages,” Carter wrote, “this one included a circled hand and the words, also written in gold Sharpie: ‘See, not so short!’ ”

Carter, who admitted he still finds Trump’s digits “abnormally stubby,” says he promptly returned the image back with a message that stated just that: “Actually, quite short.”

Trump fired back on Twitter after the article was published, writing: “Rumor has it that the grubby head of failing @VanityFairMagazine, “Sloppy” Graydon Carter, is going to be fired or replaced very soon?”

Now, just a few short weeks later, Trump was spotted entering Condé Nast headquarters Friday morning, where he was due to meet with Carter, Vogue editor artistic director for Condé Nast Anna Wintour and other top editors and executives.

Carter told Politico on Thursday afternoon that he had volunteered to sit out the 10 a.m. meeting.

“It wouldn’t be my first choice to spend a Friday morning in a group like that,” Carter said. “I try to be a decent host. I went to Anna Wintour and I said, ‘Listen, I don’t want to make him feel uncomfortable.’ ”

But Carter said Wintour wanted him there. It’s unclear at this time whether Carter actually attended the meeting.

Carter told Politico that the last time he and Trump spoke in person was years ago at a surf-and-turf dinner at Trump’s Mar-a-Lago estate in Florida, where Carter said he and his wife shared a table with Donald and Melania Trump, Regis and Joy Philbin, and author James Patterson and his wife, Sue.

Carter said he and Trump were on “fine terms” then, despite their longstanding feud. Of course, that was before Vanity Fair‘s brutal restaurant review put their beef back on the menu.

According to Politico, Condé Nast had offered off-the-record meetings with their top editors to both Trump and Hillary Clinton during the 2016 race. Clinton took that meeting — as well as some fashion advice from Wintour — while Trump did not. Until now.

The president-elect has long skewered the press and has repeatedly accused mainstream media of conspiring against him and his presidential campaign.

Carter told Politico ahead of Friday morning’s meeting, “I don’t know what there is to learn from this. Obviously there’s a novelty aspect to the whole thing. I don’t think he’s gonna say anything new here that he hasn’t said before. If I was advising him, I’d say to ignore me completely.” 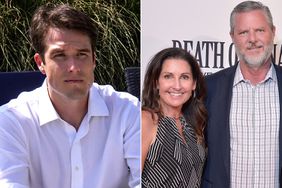 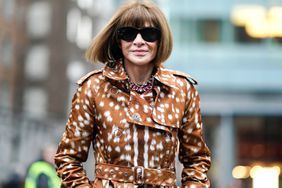