"Bless those who persecute you; bless and do not curse them," Brad Parscale tweeted Thursday morning

Donald Trump is recasting a top player in his re-election bid.

The president tweeted Wednesday that he's decided to remove his longtime campaign manager Brad Parscale from the top role and replace him with Bill Stepien, who was previously a deputy campaign manager.

"Brad Parscale, who has been with me for a very long time and has led our tremendous digital and data strategies, will remain in that role, while being a Senior Advisor to the campaign," wrote Trump, 74.

Parscale, 44, was named the president's 2020 campaign manager back in February 2018 and previously played a role in Trump's 2016 victory.

Trump's decision to shakeup his re-election campaign comes less than four months from the Nov. 3 election, where he is set to face former Vice President Joe Biden. Trump has made major campaign changes before — in the 2016 race, he installed a new set of aides that August (one of whom, Kellyanne Conway, remains a key adviser).

The decision to swap out Parscale comes after weeks of sagging poll numbers as Trump faces continued scrutiny for his handling of the novel coronavirus pandemic and domestic unrest over racial injustice and police brutality following the May 25 killing of George Floyd in Minneapolis.

The economy — seen as key to Trump's pitch for re-election — has foundered throughout the pandemic that forced numerous parts of society to close, with CNBC reporting Thursday that more than 1 million people have filed for unemployment benefits across the country for 17 straight weeks.

“Almost 140,000 Americans have lost their lives & millions more have lost their jobs because of Donald Trump’s failed leadership," a Biden spokesman said in a statement after news of Parscale's demotion. "The Trump campaign’s game of musical chairs won’t fix this."

The campaign change is seen by many as connected to Parscale's role in the fumbled campaign rally in Tulsa, Oklahoma last month.

Parscale had bragged that more than 1 million tickets were requested for the event, held inside the 19,000-seat Bank of Oklahoma Center on June 20.

However, only about 6,000 people showed up to hear the president speak to what ended up being a more than half-empty arena.

Trump was reportedly angry over the turnout and photos showing the president's disheveled look upon his return to Washington D.C. went viral afterwards.

A senior adviser to the campaign told CNN on Wednesday that "it was only a matter of time" before Parscale was removed from the role. Meanwhile Trump's son-in-law, Jared Kushner, reportedly remains the de facto campaign manger, regardless of who holds the title.

In May, Parscale went viral for another reason, comparing his campaign operation to the planet-destroying Death Star in Star Wars. (The internet had many thoughts.)

Parscale spoke out for the first time Thursday morning with a tweet, referencing a Bible passage: "Bless those who persecute you; bless and do not curse them." 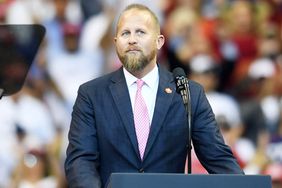 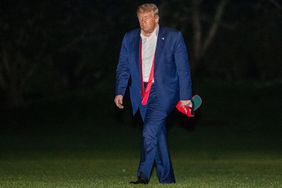 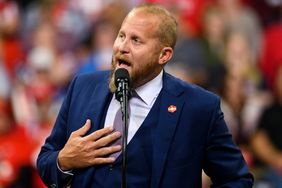 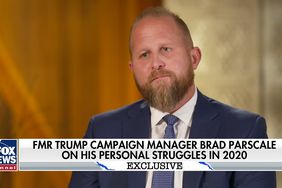