Mike Pence, 61, said in a letter to members of Congress, "It is my considered judgment that my oath to support and defend the Constitution constrains me from claiming unilateral authority to determine which electoral votes should be counted and which should not"

Shortly after praising Mike Pence as a "great guy," disgruntled President Donald Trump changed his tune when the vice president publicly stated he would not use his power to block Congress' confirmation of Joe Biden as president.

Ahead of Wednesday's meeting to ratify the Electoral College vote — which was just delayed after protestors breached the U.S. Capitol building, forcing an evacuation — Pence, 61, said in a letter to members of Congress, "It is my considered judgment that my oath to support and defend the Constitution constrains me from claiming unilateral authority to determine which electoral votes should be counted and which should not."

Pence said he shared "the concerns of millions of Americans about the integrity of this election," alluding to Trump's baseless claims of fraud. Yet, Pence wrote that he believes, "vesting the Vice President with unilateral authority to decide presidential contests would be entirely antithetical to" American government at its core.

A traditionally routine and quiet process, the congressional meeting has gained widespread attention as Trump and his allies have eyed the tally as potentially his last chance to overturn the 2020 election, which he lost to Biden by 302-232 electoral votes.

In response to Pence's statements, Trump tweeted on Wednesday, "Mike Pence didn’t have the courage to do what should have been done to protect our Country and our Constitution, giving States a chance to certify a corrected set of facts, not the fraudulent or inaccurate ones which they were asked to previously certify. USA demands the truth!"

Almost exactly as Pence released his letter, Trump was speaking at a rally outside of the White House, and repeated earlier public prodding at the vice president over ratifying the Electoral College votes.

Two days prior, Trump told supporters in Georgia that he was counting on Pence to keep him in power.

“I hope that Mike Pence comes through for us, I have to tell you,” Trump said Monday, speaking at a rally in Dalton, Georgia, before two runoff elections Tuesday that will determine the Senate’s majority.

Trump has repeatedly signaled he incorrectly believed Pence held the power to overturn the results himself as the one overseeing Wednesday’s ratification process. Trump said the vice president will "have a lot to say about it" and that "he's going to call it straight.”

The Capitol was on lockdown as of Wednesday afternoon as a large, violent group of pro-Trump protestors breached the building and marched inside Statuary Hall. The protesters pushed through barriers set up along the perimeter of the Capitol building just after 1 p.m. EST.

The House and Senate had recessed and stopped the proceedings of tallying the votes as the situation began to unfold. Pool reports said that lawmakers were being evacuated, though it was unclear where they being taken.

In a 2:38 p.m. tweet, Trump wrote, "Please support our Capitol Police and Law Enforcement. They are truly on the side of our Country. Stay peaceful!" 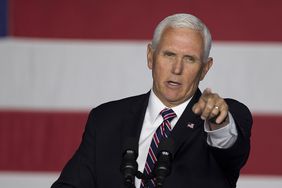 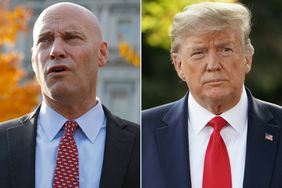 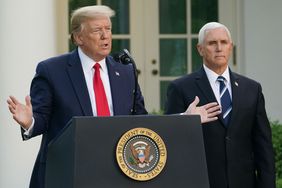 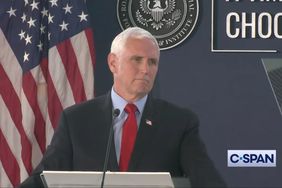 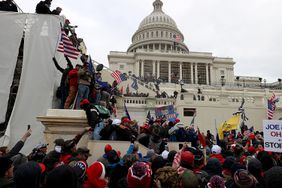