He later said, "It was a joke"

President Donald Trump and 17-year-old climate change activist Greta Thunberg were both in attendance at this week’s World Economic Forum in Davos, Switzerland — where Thunberg reiterated her call for governments around the world to create an economic structure that can better tackle the urgent dangers of a warming planet.

“Let’s be clear: We don’t need a ‘low-carbon economy,’ we don’t need to ‘lower emissions,’ ” Thunberg said Tuesday. “Our emissions have to stop.”

But Trump administration officials weren’t inclined to take economic advice from her: Treasury Secretary Steven Mnuchin took a shot at Thunberg — who has also drawn the president’s mockery — during a press briefing in Davos two days later.

“Is she the chief economist? Who is she? I’m confused,” Mnuchin said Thursday, according to the Associated Press. Mnuchin followed up after a brief pause, saying, “It was a joke.”

“After she goes and studies economics in college, she can come back and explain that to us,” Mnuchin then said.

Mnuchin’s comments come two days after Trump, 73, gave a speech at the forum in which he dismissed Thunberg and her work in all but name, while the teenager was reportedly in attendance.

Without naming Thunberg directly, Trump rallied against “these alarmists [who] always demand the same thing — absolute power to dominate, transform and control every aspect of our lives” and called climate activists “heirs of yesterday’s foolish fortune tellers.”

Trump has made no secret of his disdain for Thunberg, angrily responding to TIME’s decision in December to name the Swedish teen their “Person of the Year.”

“So ridiculous,” he wrote on Twitter. “Greta must work on her Anger Management problem, then go to a good old fashioned movie with a friend! Chill Greta, Chill!”

Thunberg clapped back, subtly, with a change to her Twitter bio: “A teenager working on her anger management problem. Currently chilling and watching a good old fashioned movie with a friend.”

She responded the same way back in September when Trump tweeted that she “seems like a very happy young girl looking forward to a bright and wonderful future.”

Thunberg maintains she has no interest in political tiffs.

“This is not about right or left,” she said at the World Economic Forum on Tuesday. “We couldn’t care less about your party politics. From a sustainability perspective, the right, the left as well as the center have all failed. No political ideology or economic structure has been able to tackle the climate and environmental emergency.” 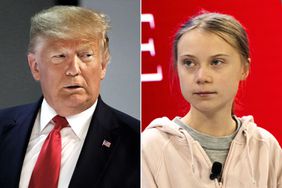 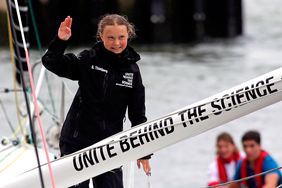 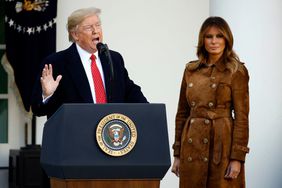 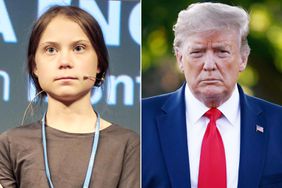 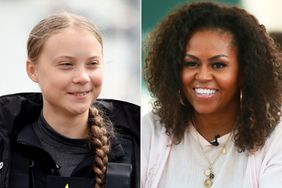 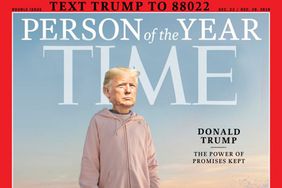 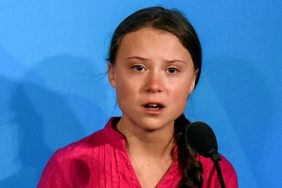 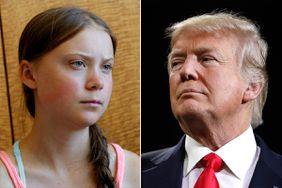