Arkansas Sen. Tom Cotton cried foul — or "fake news" — on Sunday as he drew backlash for what he said was a misleading description of how he talked about slavery in a recent interview.

“We have to study the history of slavery and its role and impact on the development of our country because otherwise we can’t understand our country. As the founding fathers said, it was the necessary evil upon which the union was built, but the union was built in a way, as Lincoln said, to put slavery on the course to its ultimate extinction.”

That quote was quickly described in headlines as the Republican lawmaker himself describing slavery as a "necessary evil," and he was roundly criticized.

"'Necessary evil' suggests slavery was worth it. Millions of white people achieved prosperity, so it's ok millions of Black people were bought, sold, raped, whipped? Let me be clear, slavery was not necessary in any context—& absolute evil in every context," Oregon Sen. Jeff Merkley, a Democrat, tweeted.

"If chattel slavery — heritable, generational, permanent, race-based slavery where it was legal to rape, torture, and sell human beings for profit — were a ‘necessary evil’ as @TomCottonAR says, it’s hard to imagine what cannot be justified if it is a means to an end."

A history professor who teaches about slavery told CNN that Cotton's quote was "really a kind of shorthand way of describing the complex set of attitudes of the founding generation and it's not really accurate."

After his Democrat-Gazette interview, Cotton insisted his point was him pointing back to the attitudes of the founders.

"Of course slavery is an evil institution in all its forms, at all times in America's past or around the world today," he said on Fox News.

Cotton was first interviewed about legislation he'd proposed that, if turned into law, would block federal funding to schools that implement curriculum adapted from the Times' "1619 Project" — a series launched on the 400th anniversary of the arrival of enslaved people to the U.S.

According to the Times, the series aims to "reframe American history" around the centuries-long impact of slavery, its role in the American Revolution and how it has shaped society to this day.

"The United States is a nation founded on both an ideal and a lie," Hannah-Jones wrote in an essay for the project last year, enumerating how slave labor was a cornerstone of American wealth and detailing how the abolitionist and civil rights movements in later centuries pushed the nation toward a more perfect version of itself.

"It would be historically inaccurate to reduce the contributions of black people to the vast material wealth created by our bondage," she wrote. "Black Americans have also been, and continue to be, foundational to the idea of American freedom."

Since the "1619 Project" launched — later winning a Pulitzer Prize — it has been the object of much scorn by conservatives, including Cotton, who say it is incorrect and, in some ways, immoral.

The series has been criticized by some historians and supported by others.

Speaking with the Democrat-Gazette about his legislation targeting the project, Cotton said:

“The entire premise of The New York Times’ factually, historically flawed '1619 Project' … is that America is at root, a systemically racist country to the core and irredeemable. I reject that root and branch. America is a great and noble country founded on the proposition that all mankind is created equal. We have always struggled to live up to that promise, but no country has ever done more to achieve it.”

Last week on Twitter, Hannah-Jones wrote: "[Cotton's] bill speaks to the power of journalism more than anything I’ve ever done in my career." 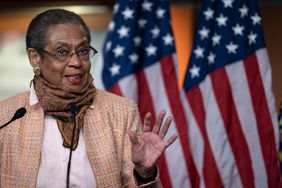 This Lawmaker's Longtime Fight to Make Washington, D.C., a State Has a 'Hidden' Family Meaning 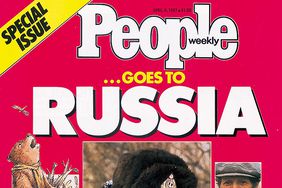