Tammy Duckworth made history on Thursday when she became the first senator to bring a baby on the Senate floor.

Reporters sounded the “Senate baby alert” on social media as the Illinois Democrat and her newborn daughter, Maile, were photographed making their smiling debut in the chamber.

Duckworth, 50, a combat veteran who lost both her legs in the Iraq war, already made history when she welcomed daughter Maile Pearl Bowlsbey on April 9, becoming the first sitting senator to have a baby while in office.

Thursday’s appearance came one day after lawmakers, in a historic change in Senate rules, voted to allow babies of members on the floor during votes, the Associated Press reported. Little Maile was the inspiration for the change, and Duckworth thanked her colleagues in a statement for “helping bring the Senate into the 21st Century by recognizing that sometimes new parents also have responsibilities at work.”

Before her daughter’s Senate debut on Thursday, Duckworth tweeted a photo of Maile’s outfit for the big day, which included a duckling-printed onesie and a green cardigan sweater.

“I made sure she has a jacket so she doesn’t violate the Senate floor dress code (which requires blazers),” Duckworth wrote.

“I’m not sure what the policy is on duckling onesies,” she added, “but I think we’re ready.”

She needn’t have worried.

Sen. Amy Klobuchar told WBUR that babies will be exempt from the Senate dress code. 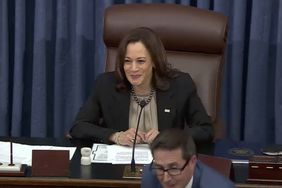 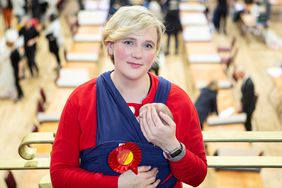 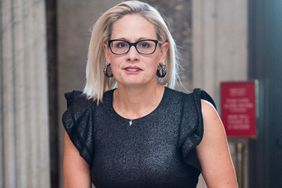 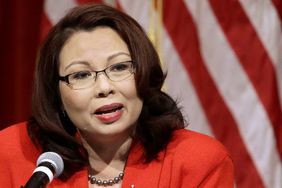