The wife of Donald Trump‘s Treasury Secretary Steven Mnuchin is facing backlash after bragging in an Instagram post about her designer wardrobe while stepping off a U.S. government plane.

Louise Linton, a 36-year-old Scottish-born actress, also lashed out at critics saying she and her husband have “suffered” more because they pay more in taxes.

Linton flaunted her lavish lifestyle in a Monday social media post, sharing a photo of herself and her husband leaving a government jet.

“Great #daytrip to #Kentucky!” she wrote in the photo’s caption, sure to note labels including Tom Ford, Hermès, Valentino and Roland Mouret.

Many flooded Linton’s comment section, calling the post “distasteful.” But there was one particular critic who caught Linton’s attention.

“Glad we could pay for your little getaway #deplorable,” Jenni Miller wrote – she is a mother of three from Oregon, according to The New York Times.

It was Linton’s belittling response that further fueled the fire.

“Awe!!! Did you think this was a personal trip? Adorable! Do you think the US govt paid for our honeymoon or personal travel?! Lololol,” she began her comment. “I’m pretty sure we paid more taxes toward our day ‘trip’ than you did. Pretty sure the amount we sacrifice per year is a lot more than you’d be willing to sacrifice if the choice was yours.”

She then took aim at the woman’s personal life: “Your kids look very cute. Your life looks cute. I know you’re mad but deep down you’re really nice and so am I. Sending me passive aggressive Instagram comments isn’t going to make life feel better.”

On Tuesday afternoon, Linton released a statement apologizing for the incident. “I apologize for my post on social media yesterday as well as my response,” the statement said. “It was inappropriate and highly insensitive.”

“If she hadn’t made her account private, I would have written back with a very snide Marie Antoinette joke,” Miller told the Times, noting that she thought Linton’s post was “wholly inappropriate.”

“I think my post was just five or six words, and she had to go on basically a rant about it to make herself look more important and look smarter, better, richer – all those things.”

Linton accompanied her husband, 54, to the southeastern state along with Senate majority leader Mitch McConnell, according to the Times. However, Linton has sparked concern in the past for going to congressional hearings and other events that spouses do not usually attend, according to the Washington Post.

In the wake of the Instagram post, a government official told Bloomberg Politics that Mnuchin and Linton reimburse the government for transportation costs when she travels with her husband on official business trips.

Linton and Mnuchin, 54, wed in June in a lavish Washington, D.C. ceremony attended by Donald and Melania. Ivanka, Jared Kushner and Vice President Mike Pence were also in attendance. Pence also served as the officiant for the ceremony. 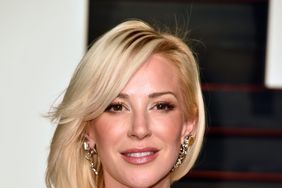 PEOPLE EXPLAINS: Who Is Treasury Secretary Steven Mnuchin's Wife Louise Linton – And Why Is She Causing Controversy? 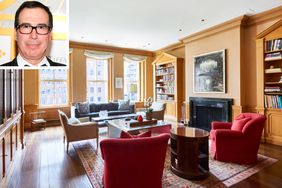 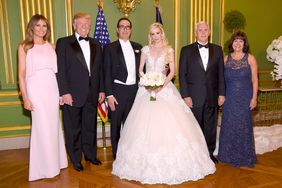 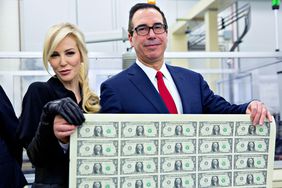