The former-first daughter explains why she didn't feature Hillary Clinton in her new children's book.

Chelsea Clinton‘s new children’s book, She Persisted: 13 American Women Who Changed the World, highlights the stories of the history-making women who most inspired her. Except for the obvious choice.

Hillary Clinton, Chelsea’s mother and former presidential candidate, is not fully featured in the book, but she does make a cameo appearance. PEOPLE has this page and others from the book, out May 30, below.

“Even though [my mom] absolutely is a core inspiration to me— and is even more inspiring today than she was any day in the last year or in the year before that — I didn’t want her story to overwhelm the book,” Clinton said in a recent interview with EW.

Instead, Chelsea Clinton included her mom (clad in her famous pantsuit) in the opening scene of the book.

“I wanted to include her in a way that was reflective of the inspiration she’s been to me, and also that I know she’s been to so many others,” Clinton said, “while also shining a light on American women who have persisted over time and how much better off we are as a country because they’ve done so.”

She Persisted outlines the historical importance of well-known women like Oprah Winfrey and Harriet Tubman and lesser-known but equally important women like Virginia Apgar and Claudette Colvin.

Clinton, who is the author of two other books and vice chair of the Clinton Foundation, was inspired to write the story after the forced silencing of Sen. Elizabeth Warren. During the confirmation hearing of Sen. Jeff Sessions for U.S. attorney general, Warren attempted to read a letter by Coretta Scott King from 1986 that shed a condemning light on his character.

Senate Majority Leader Mitch McConnell wouldn’t let Warren continue. His notorious statement (“She was warned. She was given an explanation. Nevertheless, she persisted.”), led to outrage on social media and the now-uplifting hashtag #ShePersisted.

“When Mitch McConnell said, ‘Nevertheless, she persisted,’ I took that as such a compliment and badge of honor on behalf of Senator Warren and all of the women who have persisted throughout American history,” said Clinton to TIME For Kids. “I was thinking about how to explain that moment to my two children. I was thinking about showing them women who have persisted throughout American history.”

While Clinton acknowledged her privileged upbringing, she said she wants to inspire her children and others to “think about how we can expand the circle of blessings and persist through what may seem daunting to us in a given day.”

“I would never compare anything in my life to their challenges,” she said to TFK. “I am grateful [for what] the women in She Persisted overcame for all of us.”

She may sum it up best in the first page of her book.

“Sometimes being a girl isn’t easy. At some point, someone probably will tell you no, will tell you to be quiet and may even tell you your dreams are impossible,” she writes. “Don’t listen to them. These thirteen American women certainly did not take no for an answer. They persisted.” 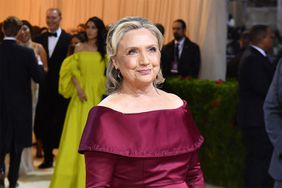 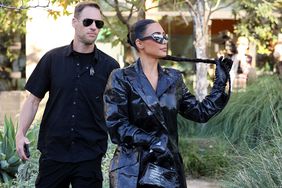 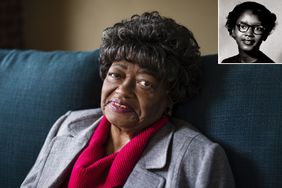 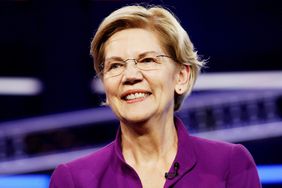 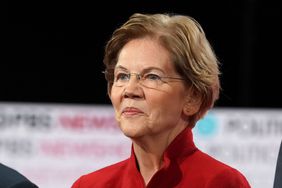