Sean Spicer resigned as President Donald Trump‘s press secretary on Friday, the same day the White House made its pick for the administration’s new communications director, according to The New York Times and other outlets.

The Washington Post reports that both Spicer and White House chief of staff Reince Priebus have had a tense relationship with Scaramucci in the past.

Spicer, 45, confirmed news of his resignation on Twitter Friday afternoon, calling it an “honor and a privilege” to serve the president, and announcing that he will stay on through next month.

He also reportedly told CNN’s Dana Bash that he wanted to “give the president and the new team a clean slate.”

Spicer, who was the communications director of the Republican National Committee prior to press secretary duties, is undeniably a Washington insider — the kind of person Trump said he didn’t want in his administration throughout his campaign of “drain the swamp” rhetoric.

Spicer has been popularly impersonated by Melissa McCarthy on Saturday Night Live, including a stunt where the actress — in “Spicey” costume — rolled down New York’s 58th St. on a podium on wheels.

The former Trump spokesman said he learned about the sketch after receiving so many text messages he thought that “there was a national emergency or something really funny happening,” according to the Los Angeles Times in February.

“I think Melissa McCarthy needs to slow down on the gum chewing,” Spicer also said of the impersonation. “Way too many pieces in there.”

Social media also reacted wildly when Spicer hid from reporters “among” the bushes outside the White House following news of the president’s firing of FBI Director James Comey in May.

Since assuming the role in January, he’s also come under fire for lying about the size of the crowd at Trump’s inauguration — he drew harsh criticism for his own claim that “this was the largest audience to ever witness an inauguration, period” — and scolding veteran White House correspondent April Ryan for shaking her head after she asked a question related to Trump’s connections to Russia in March.

In April, while condemning the Syrian government’s chemical weapons attack that killed more than 80 civilians earlier that month, Spicer compared Syrian President Bashar al-Assad to Adolf Hitler, with the Trump spokesman seeming to credit the Nazi leader as someone who “didn’t even sink to using chemical weapons.”

“He brought them into the Holocaust Center,” added Spicer, in an apparent reference to Nazi concentration camps. The term was later much-mocked on social media.

Although he apologized for the epic gaffe, Spicer told Politico that his comments about the Holocaust were a “straight up mistake” – but said he won’t be resigning.

“I made a mistake by trying to make a comparison that was completely wrong,” he said. “I don’t even know how to explain it.” 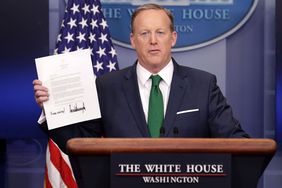 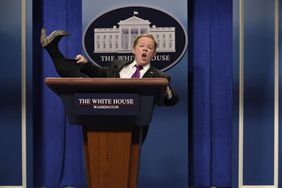 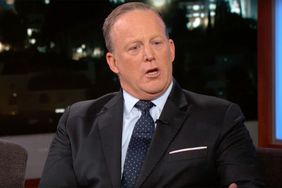 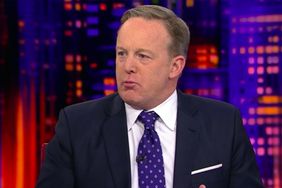 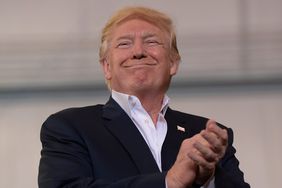 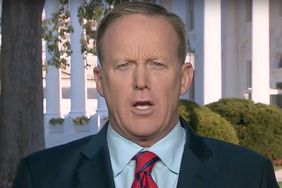 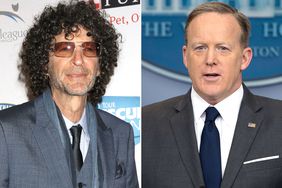