The 53-year-old former politician, who served as the governor of Alaska from 2006 until resigning in 2009 and was the Republican party vice presidential nominee in the 2008 election, wrote an impassioned Facebook post on Friday slamming the comedian.

Her words come after Griffin, 56, gave a tearful press conference earlier in the day — apologizing again for holding up a decapitated head of President Donald Trump in a gag gone wrong and claiming the 70-year-old former businessman and his family were “bullying” her and “trying to ruin [her] life forever.”

“I don’t think I will have a career after this,” she said while crying, adding that the Trumps’ alleged bullying has led to her being vilified, receiving death threats and losing work. “I’m going to be honest, he broke me.”

Palin’s advice to Griffin? “Suck it up, Cupcake.”

“Kathy’s crocodile tears at her publicity-seeking press conference today mean nothing to mothers who’ve witnessed the ramifications her sick acts have had on precious children,” Palin claimed. “And today Kathy claims SHE is the victim!”

Calling Griffin’s statements “ridiculously self-serving,” Palin said she was biting her tongue to not say what she’d actually tell Griffin to her face — a decision of restraint she said she was doing “on behalf of Melania Trump and other mothers who’ve tried to protect our children from Kathy’s soulless vile attacks.”

But Palin did explain the own personal harassment she said she received from Griffin — including a 2010 episode of the comedian’s Bravo reality show My Life on the D-Listin which Griffin traveled to Wasilla, Alaska, met up with 26-year-old daughter Bristol’s baby-daddy Levi Johnston, and knocked on the politician’s door to invite her to her comedy show.

While Palin wasn’t there, Griffin did leave a note. “Dear Palins who are 18 years old or older (mostly Sarah),” she wrote. “I’m doing a funny comedy show on Friday night at the Anchorage Performing Arts Centre. Come see me. I’ll even comp you or at least a two-for. xoxo, Kathy Griffin.”

“You can’t do nicer than that,” Griffin added before leaving the note at Palin’s doorstep.

The bit — the consistent sort of joke Griffin would showcase on her Emmy-winning program — was not funny to Palin.

“When this ‘celebrity’ (who ‘celebrates’ her, btw?) traveled all the way to Wasilla and actually knocked on my home’s door to personally humiliate my kids again, I knew she was deranged,” Palin wrote on Facebook.

She also called out an interview Griffin did with the The Hollywood Reporter in January 2011, in which she made it her New Year’s resolution to make fun of Palin’s then-16-year-old daughter Willow.

“I’ve already gone for Sarah, Todd and Bristol obviously,” Griffin said. “But I think it’s Willow’s year to go down. In 2011, I want to offend a new Palin.”

Once again, Palin wasn’t laughing. “The liberal ‘star’ had attacked my teenage daughters for so long – first Bristol then, inexplicably, giddily announced she would ‘go directly after Willow Palin’ despite Willow’s young age and innocence in doing anything to earn the wrath of this attacker.”

Griffin’s photo stunt has already cost her multiple gigs, including her job hosting CNN’s New Year’s Eve special and a sponsorship with the company Squatty Potty. 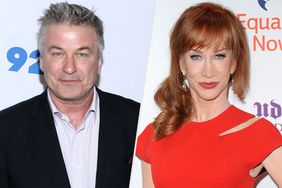 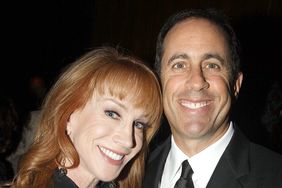 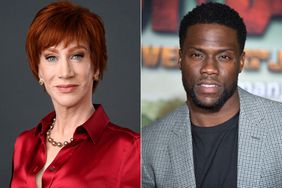 Kathy Griffin Slams Kevin Hart for Not Going After Trump in His Comedy: 'That's a P— Move' 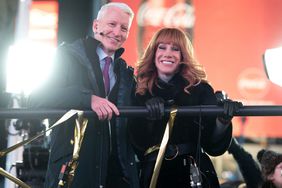 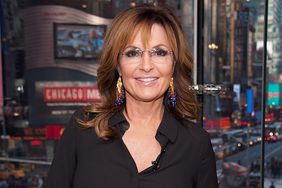 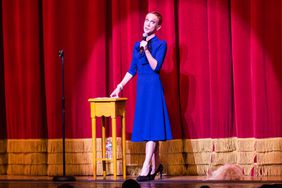 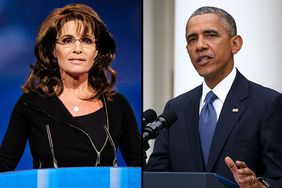