Modern Family star Sarah Hyland was among the many stars speaking out Friday about President Donald Trump‘s controversial decision to roll back an Obamacare requirement that employers include birth control coverage in their health insurance plans without a co-pay — a decision made, Trump’s administration claimed, under the guise of protecting religious freedom and moral sensibilities as birth control promotes “risky sexual behavior.”

Effective immediately, any for-profit or non-profit employer or insurer can deny contraception coverage if they have “religious or moral objections.” According to the U.S. Department of Health & Human Services, employers will not have to file official paperwork to stop offering coverage, they just have to notify their employees of the decision.

While HHS maintains that the new regulation leaves in place birth control coverage guidelines where no religious or moral object exists, meaning over 99.9% of the 165 million women in the United States will not be impacted, they note that 120,000 women across 200 employers who had previously filed lawsuits objecting to the Obama-era policy would be affected.

“This is what he focuses on when there are murderous mass shootings and natural disasters destroying lives! THIS?!” Hyland, 26, asked, referencing the Las Vegas shooting and deadly hurricanes that recently swept through Huston, Mexico, and Puerto Rico.

Her question spurned pushback from one fan, but Hyland quickly clapped back at him, noting that birth control is much more than contraception.

“TALK TO ME WHEN YOU HAVE ENDOMETRIOSIS, OVARIAN CYSTS, PAINFUL IRREGULAR CYCLES ETC” she said in response to his now-deleted tweet. “[Birth control] is for more than just our sex lives you pig.”

According to the Center for Young Women’s Health, irrespective of whether they are sexually active, women are required to take birth control for many common medical conditions — including everything from acne, heavy menstrual periods, menstrual cramps due to amenorrhea (lack of periods), polycystic ovary syndrome (or PCOS), endometriosis and PMS.

Hyland, who has previously talked about her health struggles including her battle with kidney dysplasia, ended her tweets by posting a GIF from an episode of Friends in which Rachel (Jennifer Aniston) said “no uterus, no opinion.”

“I’ll leave this here…” she wrote.

Many other celebrities spent Friday reacting to the news, making the hashtag #HanddsOffMyBC trend throughout the evening.

“So it’s not a good time to talk about gun control but birth control is fine to regulate?” Scandal star Kerry Washington wondered.

“Birth control is an important medicine for controlling bleeding, fibroids and hormonal imbalances. It’s not just for controlling pregnancy,” The Office star Jenna Fisher said. “Birth control pills are a MEDICINE used to treat many illnesses. Why you take it is between you and your doctor-not government or employer.”

Not everyone was complaining. Conservative groups praised Friday’s changes as a win for religious freedom.

“This onerous mandate is a burden on employers, individuals, and religious organizations who, because of their beliefs concerning the protection of unborn human life, are faced with the decision to violate sincerely held religious or moral beliefs, pay steep fines, or forgo offering or obtaining health insurance entirely,” Melanie Israel, a research associate at the Heritage Foundation, told The Hill.

“Americans will remain free to make their own decisions about, and purchase or find coverage for, the drugs and devices at issue in the mandate. And, entities with objections will not be forced to be complicit in choices that would violate their religious or moral convictions.”

The Associated Press reports that since birth control became a covered preventive benefit, female employees paying their own money for contraceptive pills has plunged from 21 percent to 4 percent, according to the Kaiser Family Foundation

“Today’s outrageous rules by the Trump Administration show callous disregard for women’s rights, health, and autonomy. By taking away women’s access to no-cost birth control coverage, the rules give employers a license to discriminate against women,” Fatima Goss Graves, president and CEO of the NWLC, said. “This will leave countless women without the critical birth control coverage they need to protect their health and economic security. We will take immediate legal steps to block these unfair and discriminatory rules.” 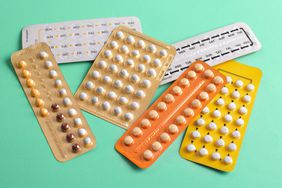 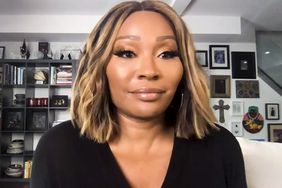