While other high-profile deaths have seen speedy conclusions from the medical examiner, such delays are not necessarily unusual

Nearly two months after Saoirse Kennedy Hill was discovered unresponsive of a suspected overdose at her family’s storied Massachusetts estate and authorities say her official cause of death is still pending the results of a toxicology report.

While other high-profile deaths have seen speedy conclusions from the medical examiner, such delays are not necessarily unusual across the board. Guidelines from the National Association of Medical Examiners reportedly set a 90-day deadline for 90 percent of autopsies and toxicology screenings.

The 22-year-old daughter of Courtney Kennedy and Paul Hill, Saoirse was found in grandmother Ethel Kennedy’s home in Hyannis Port on Aug. 1 after what her uncle Robert F. Kennedy Jr. later said was a night out celebrating the completion of a long college assignment.

She was in bed around 6:30 in the morning, having stayed up to see the sunrise, and was already thinking ahead to her scheduled dinner plans with friends in Los Angeles. “It was a perfect night and, as was her habit, she documented much of it on social media,” her uncle said at her funeral.

She was found in her room after noon.

A spokeswoman for the local prosecutor’s office tells PEOPLE that “the case is still open to the extent that the Chief Medical Examiner’s Office has not made a final determination until the toxicology is available.”

As such, neither Saoirse’s cause or manner of death — whether it was an accident — has been confirmed, but a medical examiner’s spokesman says the office is “actively working” to determine that.

The prosecutor’s spokeswoman says, “We will send a press release with further information when appropriate to do so.”

Saoirse was set to return to Boston College, where she was studying communications, only weeks after she died. Friends and family have described her as a warm and funny spirit, prone to adventures (even mishaps), but with the same activist streak that has run in her family for generations.

She had spoken frankly about her own mental health, including a suicide attempt while in high school and treatment for depression.

In a candid 2016 essay for her school newspaper at the elite Deerfield Academy, where she had returned after time away in treatment, Saoirse pushed other students to de-stigmatize discussions of mental health.

“I literally watched her social media stories earlier that day, less than 12 hours before the story broke,” a friend of Saoirse’s from Boston College, Bill Stone, previously told PEOPLE.

“She seemed happy,” Stone recalled but said, “I knew she had her demons. … I knew she struggled with those for a while.” Still, “She tried to have a super positive attitude about the challenges she was facing and tried not to let them rule her.” 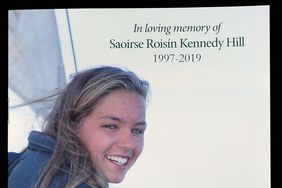 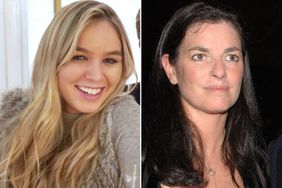 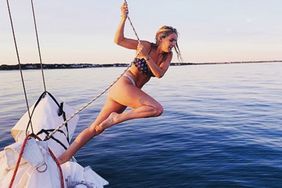