"He was the first boy I ever knew who cared that I had a brain," RBG says about her late husband, Martin, in a film celebrating her career

Ruth Bader Ginsberg celebrates 25 years of service on the Supreme Court this month, and, on Sept. 3, CNN Films will release RBG, a film about the iconic figure, which includes details about her legendary romance with late husband Martin D. Ginsburg. At a time when women were expected to stay home, Martin was her champion—and their family’s chief cook.

“He was the first boy I ever knew who cared that I had a brain. Most guys in the ’50s didn’t,” Ruth, 85, says in the film, about her husband of 56 years, who died in June 2010. The couple first met on a blind date as undergrads at Cornell University when she was 17 and he was 18.

“One of the sadnesses about the brilliant girls who attended Cornell is that they kind of suppressed how smart they were. But Marty was so confident of his own ability, so comfortable with himself, that he never regarded me as any kind of a threat.”

RBG will air on CNN on Monday, Sept. 3 at 9 p.m. and 12 a.m. Eastern, and on CNN on Demand starting Sept. 4, with the “Beyond Notorious” podcast series hosted by CNN’s Poppy Harlow and Jeffrey Toobin taking an even deeper dive into Ginsburg’s life and impact.

“Meeting Marty was by far the most fortunate thing that ever happened to me,” Ruth says of her husband, with whom she has two children, daughter Jane and son James. “Marty was a man blessed with a wonderful sense of humor. I tend to be rather sober.”

Ruth may describe herself as “sober,” but that hasn’t stopped her from becoming a cultural icon. A graduate of Columbia Law School, she fought avidly for women’s rights as a lawyer before joining the bench in 1980 when she was appointed to the U.S. Court of Appeals, and was later appointed to the Supreme Court in 1993. Martin was a success in his own right. He was a well-respected tax lawyer and professor.

In RBG, Ruth explains that his unwavering support served as antidote to the sexism she faced while pursuing her career. (In January 2018, she joined the #MeToo movement when she revealed she was sexually harassed by a professor at Cornell.)

“You felt you were constantly on display,” Ruth says of her experience as one of nine women in a class of more than 500 men at Harvard Law School. “So if you were called on in class you felt that… if you didn’t perform well, that you were failing not just yourself but for all women.”

Ruth lists multiple instances in which she was shunned for being female, including an important dinner hosted by the dean. He asked the women to stand and “tell him what we were doing taking a seat that could be occupied by a man.”

And Ginsburg’s female peers weren’t always supportive either. A 1992 interview clip used in the CNN film features Ginsburg recalling her first year at Harvard Law, when Marty went around predicting she would be chosen to join the prestigious Harvard Law Review: “There was a woman in the class ahead of mine and she said, ‘This husband of yours is boasting that you’re going to be on the Law Review, you look like a little twerp!'”

“He’d go for the radiation, wake up about midnight when the only food he ate for the day he could manage,” Ruth explains in the film. “And then I started typing the notes that his classmates had given me from his classes, reading whatever cases I would read for the next day and maybe I got two hours [of] sleep.”

After he had the cancer beat, Martin was her caregiver and the biggest champion of his wife’s career.

According to the film, Martin was the main chef because Ruth was a “horrible cook.”

“It wasn’t until I was fourteen that I encountered a live vegetable,” Jane jokes.

When then-President Clinton was presented with an opening on the Supreme Court in 1993, Martin single-handedly made sure Ruth was a top contender for Clinton’s nomination. In the film, former Harvard Law School professor Arthur Miller explains that Ruth wasn’t one “to toot her own horn,” so Marty did it for her. According to the film, he reached out to his contacts in the business and law community and brought her to Clinton’s attention.

Marty may have gotten Ruth the job interview, but it was Ruth who clinched the nomination.

“Literally, within 15 minutes I decided I was going to name her,” Clinton says in the film. His decision made Ruth the second female justice in U.S. Supreme Court history.

The decision came as no surprise to her beloved husband, Martin.

“Dear Ruth: I have little doubt that you are proud, rightly so, of all you have achieved as a judge and as a spouse and a parent as well,” Martin once wrote to Ruth. “But I can see no way you can take greater pride than I do.” 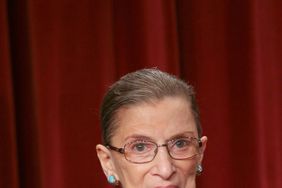 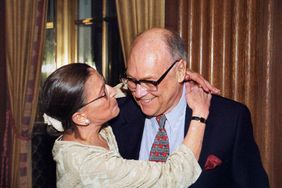 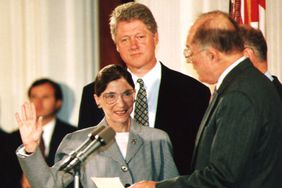 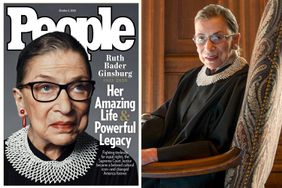 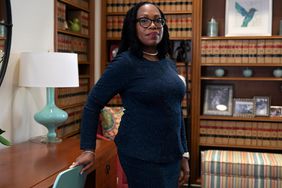