The Trump administration has refused to work the Biden administration during the transition process, an unprecedented move that has been roundly criticized

Sen. James Lankford, an Oklahoma lawmaker who sits on the Homeland Security and Governmental Affairs Committee, told local KRMG radio that “there's nothing wrong with Vice President Biden getting the briefings to be able to prepare himself and so that he can be ready.”

While President Donald Trump, 74, refuses to accept the results of the 2020 election, which show he lost to Biden, his administration has also refused to move forward with transition operations to help Biden’s incoming administration prepare to take over in January.

Emily Murphy, the General Services Administration’s administrator who was appointed by Trump, has refused to sign off on the transition process and said there hasn’t been an “ascertainment” about who won the election yet.

"There is no loss from him getting the briefings," Lankford, 52, said. "If that's not occurring by Friday, I will step in as well and be able to push them and to say this needs to occur so that regardless of the outcome of the election, whichever way that it goes, people can be ready for that actual task."

Biden, 77, has called Trump’s refusal to concede an “embarrassment,” while the country’s national security experts have argued the incoming administration needs to receive security briefings in order for the country to be ensured of a safe transition of power.

"As has been done in every other transition, the President should order that Biden and his team receive the PDB [President’s Daily Brief], as has been done in the past, even during the contested election of 2000," said Sen. Mark Warner, a Democratic lawmaker on the Intelligence Committee, according to CNN. "It's simply irresponsible to withhold this in these uncertain times."

Trump has been criticized by both Democratic and Republican officials for continuing to push baseless conspiratorial theories alleging the election was “stolen” from him.

Election officials in every state told The New York Times there is no evidence of widespread voter fraud.

Trump’s refusal to accept the election results have played into fear that the president, with his history of trafficking in unfounded conspiracy theories and lying, may refuse to willingly leave office. Trump officials have waved off those concerns, however.

One former Trump administration official tells PEOPLE his team is on track to exhaust their legal efforts before the president would concede: "He feels he has to see it through for his supporters."

Lankford says he believes there’s “no question” Trump will leave office peacefully, once the elections are certified across the country. 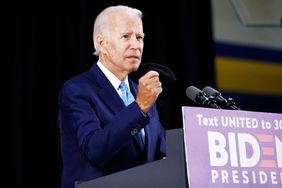 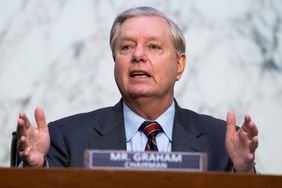