While their days were occupied with issues of national importance, past presidents made time to have meaningful moments with family

A young and curious John F. Kennedy Jr. explores his father's desk as the 35th president gets some work done.

First Lady Nancy Reagan, wife of President Ronald Reagan, rides a tandem bike with her son Ron. Jr. on the South Grounds in May 1981.

President Lyndon B. Johnson holds a cake as his daughter Luci Baines blows out her birthday candles on her 17th birthday in July 1964.

Play Breaks in the Oval

President John F. Kennedy claps while his son John Jr. and daughter Caroline play in the Oval Office in October 1962.

President Jimmy Carter sits daughter Amy on his lap as they have a chat in the Oval Office in 1978.

President Gerald Ford and his daughter Susan play with their Golden Retriever, named Liberty, on the White House lawn in October 1974.

Holidays at the White House

President George H.W. Bush reads a Christmas story to his grandchildren, including Barbara Pierce Bush and Jenna Bush Hager, on Christmas Eve in 1991.

President Barack Obama and his daughters Malia and Sasha spend time playing with their Portuguese water dog Bo ahead of the pup's official introduction to the White House press corps in April 2009.

President Barak Obama's daughter Sasha hides behind the couch in the Oval Office before playfully sneaking up on her dad in August 2009.

Christmas with the Kennedys 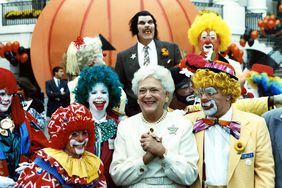 A Photo History of White House Halloweens Through the Years 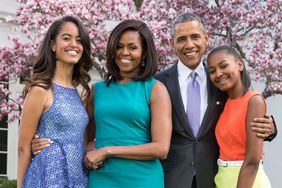 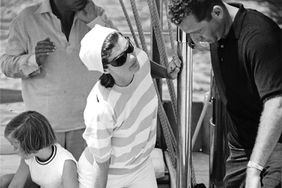