President Donald Trump spoke about firing FBI Director James Comey and the state of press briefings in a new interview with Jeanine Pirro on her Fox News show Justice with Judge Jeanine on Saturday.

When Pirro asked whether it was “the wrong time” to fire Comey, Trump defended Tuesday’s course of action.

“Well, there’s no right time. Let’s say I did it on Jan. 20, the opening, right, and that would have been the big story as opposed to the inauguration. I was thinking about it then,” he said.

He added, “There’s really no right time to do it, but I mean, I’m OK with it. As you know, I have the decision to make, and I have to make the decision. He agrees that I have the absolute right to do it. Everybody agrees.”

He also expressed surprise about Washington’s reaction, and especially Democrats.

“I guess I was a little bit surprised, because all of the Democrats, I mean they hated Jim Comey. They didn’t like him. They wanted him fired or whatever,” he said. “And then all of a sudden, they come out with these glowing reports. Look, it’s politics.”

He elaborated, “Number one, they’re hypocrites, but it’s beyond being a hypocrite. You have these tremendous, the level of hatred toward him, especially during that period of time with Hillary Clinton where he gave her a free ride. I mean, he gave her a free pass like nobody’s ever, ever gotten a free pass,” Trump said, referring to the FBI declaring it found no new evidence against Clinton after reopening its investigation of her private email server, adding, “they should have liked him.”

And if you want something done right, do it yourself. At least that’s what President Trump seemed to think in regards to White House press briefings, doubling down on his recent Twitter suggestion that he might “cancel all future ‘press briefings’ … for the sake of accuracy” — adding this time that he could alternatively just do the briefings himself.

Asked if he was “moving so quickly that his communications department cannot keep up with him,” Trump said yes and suggested his solution: “We don’t have press conferences, we just don’t have them, unless I have them every two weeks and I do them myself. I think it’s a good idea.”

But Trump went on to defend his press secretary, Sean Spicer, and his deputy Sarah Huckabee Sanders.

“First of all, you have a level of hostility that’s incredible and it’s very unfair,” Trump said in the interview that aired Saturday. “Sarah Huckabee is a lovely young woman. You know Sean Spicer, he is a wonderful human being, he’s a nice man.”

Asked whether Spicer would be the White House press secretary “tomorrow,” however, Trump demurred, replying simply, “Well, he’s been there from the beginning.”

Pirro, a former New York judge and district attorney, also asked Trump when he planned to make a decision about keeping Spicer on.

Trump also had a sit down with NBC Nightly News‘ Lester Holt on Thursday, during which the president addressed his abrupt firing of FBI Director James Comey and said the move was his decision.

“I was going to fire Comey. My decision,” Trump said, contradicting White House officials who said earlier that the firing was based on recommendations from top officials at the Justice Department.

“I was going to fire regardless of recommendation,” Trump claimed.

The president also criticized Comey as a “showboat” and a “grandstander,” and claimed that Comey told him he was not under investigation for collusion with Russia.

Trump and Pirro made headlines in March when the president urged followers on Twitter to tune into Pirro’s March 25 show. Hours later, she kicked off the show with a scathing segment calling for House Speaker Paul Ryan’s resignation.

At the time, some interpreted Trump’s tweet as a hint that he wasn’t happy with Ryan after the speaker’s health care reform plan failed to pass the House, in an embarrassing moment for the president and the GOP.

Ryan dismissed the accusations at the time, telling Norah O’Donnell on CBS This Morning, “He actually was very apologetic about it. 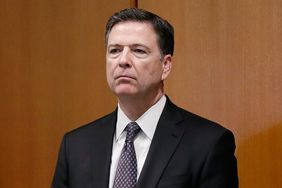 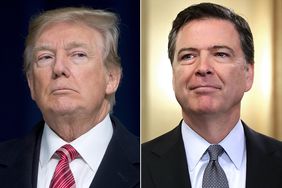 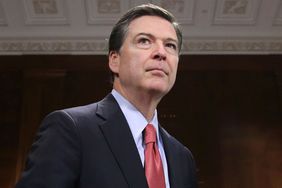 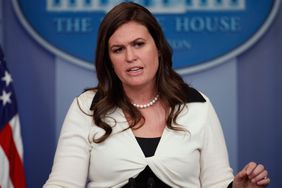 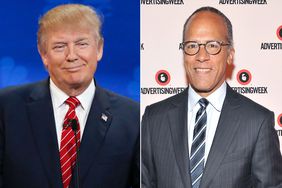 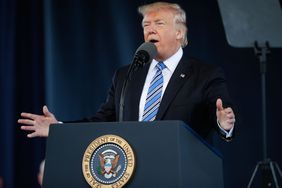 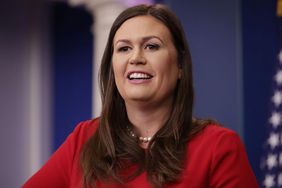 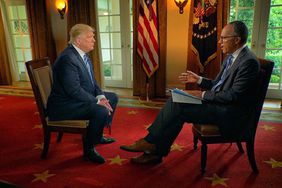