On his first day in office, President Joe Biden had his predecessor on his mind: Some of the historic number of executive actions he took in the hours after being sworn in on Jan. 20 reversed policies put in place by Donald Trump.

But when Biden found a letter from Trump in a drawer of the Resolute Desk in the Oval Office — in what appeared to be a rare acknowledgment by Trump of his defeat — the new commander-in-chief tucked it away and went right back to work, according to a new book.

"He put it in his pocket and did not share it with his advisers," Bob Woodward and Robert Costa write in Peril, which was released Tuesday. "His attention turned to the virus."

Biden, 78, later confirmed the existence of the presidential epistle but gave away very little about its contents. "The president wrote a very generous letter," he told reporters in the Oval Office later on Jan. 20. "Because it was private, I will not talk about it until I talk to him. But, uh, it was generous."

The letter, which has been a tradition from one president to the next since Ronald Reagan, was notable given how Trump refused to concede his loss in the 2020 election, one of countless political norms he ignored since he announced his candidacy for president in 2015.

At the time, a Trump White House spokesman also confirmed the note but said nothing more about what it said. Incoming White House Press Secretary Jen Psaki said only that the letter was "gracious."

Later, in March, Trump spoke about the letter on the podcast The Truth with Lisa Boothe.

"Basically, I wish him luck and, you know, it was a couple of pages long and it was from the heart because I want to see him do well. Look, he's there," Trump said of leaving the note, according to The New York Post.

Then he repeated his baseless yet frequent claims of fraud in "an election that, you know, I would never concede." 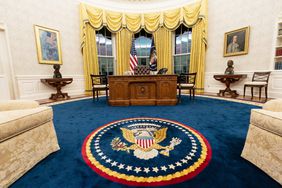 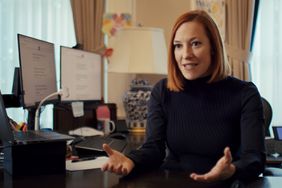 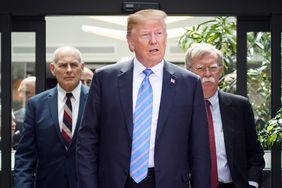