Pete Davidson Thanks Hero Hillary Clinton with the Ultimate Christmas Gift: A Tattoo of Her Face!

Pete Davidson is "with her" -- for life

Pete Davidson is “with her” — for life.

The Saturday Night Live star took to his Instagram on Friday to show off his very permanent new homage to “badass” Hillary Clinton — a tattoo of the former secretary of state on his arm!

“Wanted to get @hillaryclinton a Christmas gift so I got a tattoo of my hero,” Davison captioned a photo showing off his new ink. “Thanks for being such a badass and one of the strongest people in the universe.”

And the former Democratic presidential nominee shared her reaction to his tattoo in the comments section!

“Thanks, @petedavidson, This makes it significantly less awkward that I’ve had a Pete Davidson tattoo for years. But seriously, I’m honored. Merry Christmas my friend,” Clinton responded.

Davidson, 24, who joined SNL in 2014, was a vocal supporter of Clinton in the 2016 presidential election.

He also criticized her Republican rival Donald Trump on social media several times throughout the campaign.

After Trump, as president-elect, slammed SNL‘s treatment of him as “biased” and “one-sided,” Davidson fired back in a since-deleted Instagram post: “Never been more proud” — followed by an unprintable message to Trump. 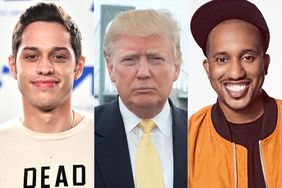 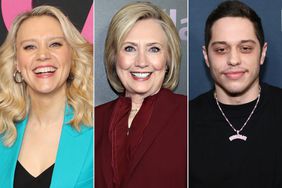 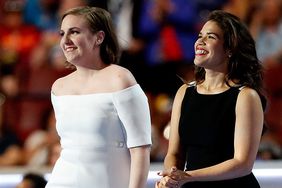 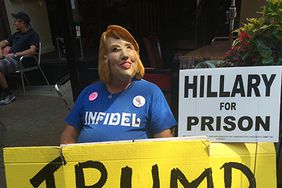 Outside GOP Convention, Calling Hillary Clinton a 'B----' Is a Bestseller 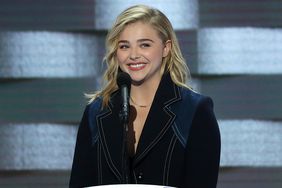