Authorities in Washington, D.C., and around the country are preparing for additional marches and potential violence following last week's failed insurrection attempt on the U.S. Capitol building, according to public statements issued in recent days.

Washington, D.C. Mayor Muriel Bowser has encouraged Americans again to stay home for the Jan. 20 inauguration, when Biden, 78, and Vice President-elect Kamala Harris, 56, will be sworn into office.

Bowser, 48, told reporters Monday that her request to the public was made in order "to protect the District of Columbia from a repeat of the violent insurrection experienced at the Capitol and its grounds on Jan. 6," according to CNN.

On Sunday, the mayor also sent Department of Homeland Security Acting Secretary Chad Wolf a letter saying, "we are extremely concerned" about security surrounding Inauguration Day, asking the office to increase its preparations.

"We believe strongly that the 59th Presidential Inauguration on January 20 will require a very different approach than previous inaugurations given the chaos, injury, and death experienced at the United States Capitol during the insurrection," the mayor wrote, "strongly" urging the DHS to enhance its security.

The U.S. Secret Service issued a separate statement Friday, reiterating that "for well over a year" the agency has been "working tirelessly to anticipate and prepare for all possible contingencies at every level to ensure a safe and secure Inauguration Day."

"The safety and security of all those participating in the 59th Presidential Inauguration is of the utmost importance," the Secret Service said.

The Jan. 20 inauguration was already set to be a primarily virtual event, with tickets limited to members of Congress and one guest each, according to the Joint Congressional Committee on Inaugural Ceremonies.

The Associated Press reported Monday that the National Parks Service will close off access to the Washington Monument until Jan. 24, citing "credible threats to visitors and park resources." Meanwhile, the National Guard is deploying 10,000 troops to the nation's capital by this weekend.

Around the country, state officials have issued warnings about potential violent riots at capitol buildings, the AP also reported.

In Texas, some lawmakers said they'd carry concealed weapons with them to work. In Michigan, lawmakers are discussing banning weapons from its statehouse.

In Idaho, state House Minority Leader Ilana Rubel said: "We are being forced into one of the most dangerous workplaces in the state."

Airbnb to Block and Cancel All Washington, D.C. Reservations During Inauguration Week 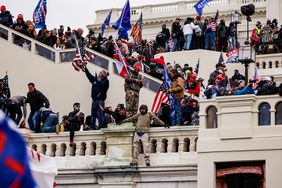 Trump Declares State of Emergency in Washington, D.C., Ahead of Biden's Inauguration 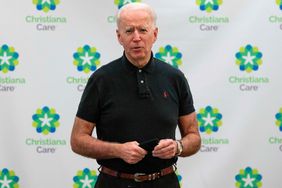 Joe Biden Is 'Not Afraid' to Take Oath of Office Outside Despite U.S. Capitol Security Concerns 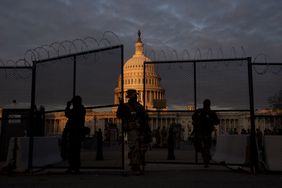 Extraordinary Photos of the National Guard at the U.S. Capitol Ahead of the Biden Inauguration 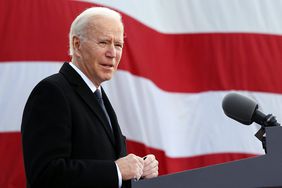 'I'm Not Afraid,' Biden Says: A Look at the Inauguration Security After the Capitol Insurrection 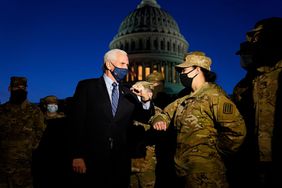 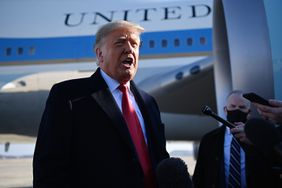 Amid Impeachment Vote and Expectation of More ‘Armed Protests,’ President Trump Now Calls for ‘No Violence’ 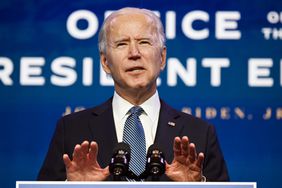