As the pictures show, there is a clear difference in the crowd size at Trump's inauguration on Jan. 20 and Obama's in previous years

Not so yuge, after all.

Hundreds of ground and aerial photos of President Donald Trump‘s inauguration were released on Monday by the National Park Service, as well as photos taken around the same time of day of the swearing-in of former president Barack Obama in 2009.

As the pictures show, there is a clear difference in the crowd size at Obama’s first inauguration (left) and Trump’s on January 20 (right).

The photos are official record of the government and they contradict Trump’s claim that more than 1.5 million people arrived at the National Mall for his inauguration, according to the Washington Post.

National Park Service director Michael T. Reynolds was personally contacted by Trump in January to produce additional photo proof that could back up the president’s claims of having the “largest audience to ever witness an inauguration,” the Post reports.

During a phone call that took place one day following the swearing-in ceremony, Trump summoned Reynolds to find photographs of the previous day’s crowds on the Mall.

“The president believed that the photos might prove that the media had lied in reporting that attendance had been no better than average,” three sources told the Post.

The same day he spoke with Reynolds, Trump accused news organizations of lying about the size of the inaugural crowds, during a visit to the CIA’s headquarters in Langley, Virginia.

“What this does is validate the other photos that were out there in January,” Dan Gross, who was in charge of crowd logistics for Obama’s 2013 inauguration, told the Post. “It’s obvious they didn’t have the crowd they were expecting. It’s not rocket science.”

Speaking at CIA headquarters the day after the inauguration, Trump blasted the media for allegedly understating the size of his inaugural crowds.

“We had a massive field of people, you saw that. Packed,” Trump said. “I get up this morning, I turn on one of the networks and they show … an empty field. I said, wait a minute, I made a speech! I looked out, the field was … it looked like a million, a million-and-a-half people. They showed a field where there were practically nobody standing there.”

Trump also tweeted a photo showing large crowds swarming the National Mall. However, the date on the image is written as they day after Trump’s swearing in.

Soon after the swearing in, Press Secretary Sean Spicer also disputed reports on the inauguration crowd sizes, accusing the media of “deliberately” deflating the number of people in attendance — and later drew harsh criticism for his own claim that “this was the largest audience to ever witness an inauguration, period.”

During the press conference, Spicer made misstatements regarding D.C. Metro ridership on Trump’s Inauguration Day, citing figures that contradicted those reported by the D.C. metro authority itself and insisting that Metro ridership was higher for Trump’s inaugural than for former President Barack Obama’s 2013 inaugural. The Washington-area transit authority reported that 193,000 people rode the Metro on the morning of Trump’s inauguration, significantly fewer than the past two inaugurations and slightly fewer than President George W. Bush’s inauguration in 2005. 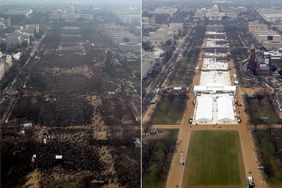 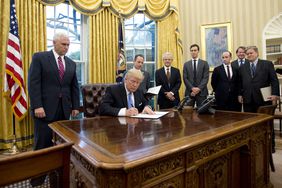 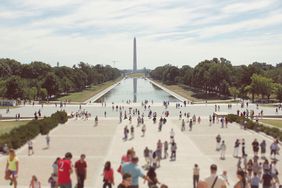 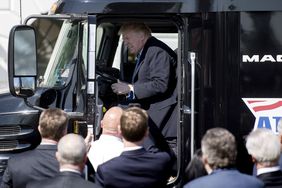 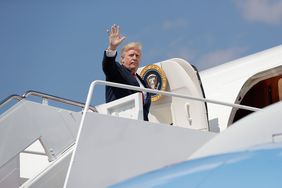 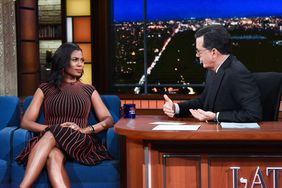 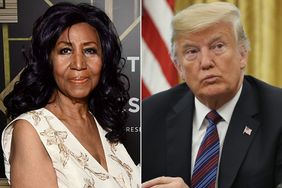 Aretha Franklin Said 'No Amount of Money' Could Get Her to Play Trump's Inauguration: New Book 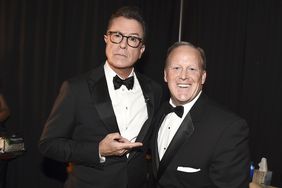 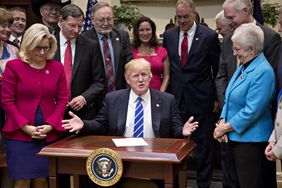 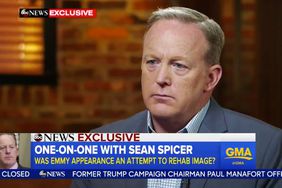