'It All Started the Day I Was Shot in the Face': Fleeing for Safety, a Mother Lost Her Son at the Border — Then Got Him Back

Before she and her son were separated for nearly a year, she told him, "You're a champion, Papa, and you're always going to be in my heart"

Daniella smiles timidly and speaks with the eloquence of someone who has had to explain herself a lot in this life. Her apartment in Huntington Beach, California, is tidy but dark: All the blinds are down, and an eerie silence fills the space. The 32-year-old, who asked that her real name not be used, and her 12-year-old son Carlos (also a pseudonym) have lived in this apartment for five months with two other families, and though she has only started to get her life back on track after being held in immigration detention for 11 months, anything is better than the terror she has faced over the past two years.

A scar the size of a penny marks the skin below Daniella’s left eye — it’s a reminder of the bullets that struck her by chance during a protest in her native Guatemala. That was the day her life took a turn for the worse, setting in motion a harrowing trip north to the U.S., hoping for asylum but never imagining what she and her son would endure to get it.

Here, in her own words, Daniella shares the trauma of her journey and her hopes for a brighter future in her new country. Last month, she finally got asylum. Her story of separation is one of thousands. But her family’s reunion is far more rare.

It all started the day I was shot in the face.

On Aug. 9, 2017, my son Carlos and I were coming from my family’s house when we came across a large demonstration. A few men with a lot of money had decided that locals would have to start paying for water. The protest was mostly peaceful until the shooting started. I was just a passerby. I threw my arm around Carlos to protect him — he was covered in blood, and I started to panic. Little did I know that the one bleeding was me. The bullets hit me right below the eye and in the left arm.

We knew the police didn’t show up because they were told not to. Before I even had made it to a hospital, someone had called my dad to warn him that if I filed a report, he would kill all of us. The guy who shot me, it turned out, lived just three blocks from my mom’s house. My husband had moved to the U.S. five years earlier to find work to support us back home. When he realized what had happened to me that day, he sent money for the hospital bills. I stayed at the hospital for eight days.

Both bullets are still inside me. The doctor said that if they were taken out, I could be left in a vegetative state, or I could die. To this day I still feel pain. When it’s cold, I have to wrap my entire head because part of my brain hurts.

• For more on the story of Daniella and her son, Carlos, subscribe now to PEOPLE or pick up this week’s issue, on newsstands Friday.

My husband borrowed a lot of money and paid someone to take us to the U.S. The plan was for me to hand myself over at Immigration, asking for asylum. The trip was a nightmare. We traveled by trucks and buses and spent many nights sleeping on the side of the road. After about a month we were finally at the Arizona border. Instead of taking us to an immigration center, the man who’d brought us dropped us off in the Mexican city of San Luis Río Colorado and called us a taxi.

The driver took us to the border between Mexico and the U.S. and said, “You’re going to climb that tree, and from the tree, jump on the wall and get to the other side.” I was the first to climb up and jump to the wall.

I told Carlos, “Mijo, you have to jump.” He was so afraid that he wouldn’t move. I looked into my son’s eyes, and I said, “Son, please trust me. Everything’s going to be all right.”

He jumped. He dusted himself off and said, “I’m fine!” I admired him so much.

We took maybe 10 steps before immigration showed up. The officer in the patrol car made us take off our shoes and belts; they threw our water bottles in the trash. They took us to a place they call ‘La Hielera’ [the Icebox].

I was told to sign papers without any idea what they were for. The officer told us they were going to send the children to a shelter, send us back to our country, and that the kids would be given up for adoption. All the mothers became desperate. They began to cry and scream — it was very heavy.

After about an hour in the cells my name was called. “You have to go to court,” the officer told me. “Leave the child behind.” I was so afraid I was not going to see my son again.

I sat down and told him, “You love me very much?”

“You’re a champion, Papa, and you’re always going to be in my heart,” I told him.

“Why are you saying that?” he asked, and I told him, “Do you see that lady over there? You’re going to leave with her. You have to go. I’m going to pick you up later.”

They never told us where they were taking the kids. The mothers were moved to a new place, Eloy Detention Center in Arizona. When health services came for inspections, the officers would threaten that if anyone spoke about the conditions, they would go to solitary confinement. The rooms where we slept were incredibly cold. We had no blankets. The food was rotten. People were often sick and received little to no medical help.

After five months there I found out that Carlos had been taken to New Jersey to a foster home.

It took months before I had my first court hearing. The judge set my bail for $30,000, to be paid in two days or I’d be deported. I was crying and hopeless when a cellmate told me I could file an appeal. I begged my lawyer to file, which he did right before he quit my case and disappeared.

The social workers who visited us often were my saviors. Because of one of them, I was able to get a hold of Carlos and talk to him on the phone. He said they were not mistreating him. But I needed to get him out of the foster home. I called my brother who lives in Virginia and asked him to take Carlos to live with him.

Thank God one of the social workers found a new lawyer for me. At this point I had been detained for 11 months.

One day the officer came into my cell. “Daniella, gather your things — you’re leaving,” he said. “They posted your bail.” I couldn’t believe it. Someone had paid my bail! The officer said, “Welcome to the United States.”

The woman from the organization that gathered the money for my bail — Immigrant Families Together — carried me as if she was a member of my family, and I am never going to forget that face. She gave me clean clothes, fed me and took me to the airport to fly to Virginia.

At the airport there I saw Carlos coming in the distance. We both started to cry. I apologized for all the suffering he had endured.

Carlos remembers everything that happened during that time, but he doesn’t talk about it. He is always very brave but very quiet. He doesn’t sleep at night, screaming in terror and scratching himself. Although we have psychological help, the trauma that remains is too strong. I can’t be left alone because all those memories come flooding back, and I start crying.

Without the assistance from all the people that helped me, I wouldn’t be free. I learned that there are many bad people in the world but also many good people. I am so grateful to them.

Now my only focus is my family, my son, starting a new life here in California, where my husband lives. I don’t have to worry about being shot again or putting my son’s life in danger. 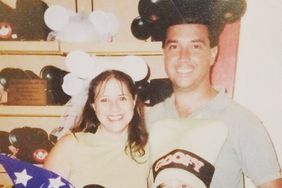 My Family Immigrated to the U.S. and Sought Asylum When I Was 8: A PEOPLE Reporter's Personal Story 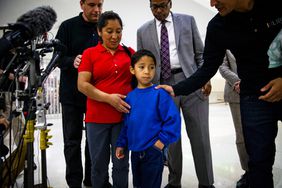 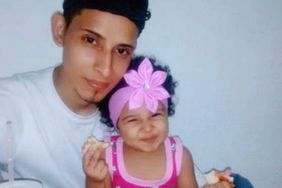 Dad & Toddler Who Drowned Trying to Enter U.S. Left a Country Where He Made Only $350/Month: 'They Wanted a Better Future' 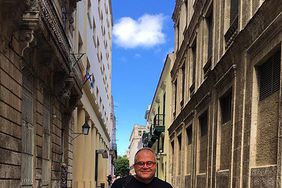