Michelle Obama's bestselling memoir, Becoming, will soon be available in a young readers' edition that includes new material from the former first lady.

According to a statement from publisher Penguin/Random House, Becoming will be available in both a young readers' edition and a paperback edition beginning March 2.

According to the book's website, the young reader's edition is hardcover and adapted for children ages 10 and older. It includes "a special introduction for kids" written by Obama as well as three full-color photo inserts.

The paperback edition also features a new introduction, as well as "a letter from the author to her younger self, and a book club guide with 20 discussion questions and a 5-question Q&A."

In an Instagram post announcing the news, Obama, 57, wrote that writing the book, which has sold more than 15 million copies worldwide since its November 2018 release, was "one of the most freeing experiences of my life."

"And one of the highlights of my experience was hearing from so many of you and getting into the kind of deep, honest conversations that leave everyone feeling more connected and nourished," Obama added in her post.

"My hope is that the young readers' edition of Becoming can serve as a conversation starter for you," she wrote. "Maybe it'll open up new dialogues with your children or grandchildren. Maybe you can use it as an opportunity to begin a book club with the young people you know or use it as an excuse to invite them into your existing book club."

Obama encouraged readers to share their experiences reading the book by using the hashtag #IAmBecoming and tagging her in their social media posts.

"I want to hear it all! Whether it's revelatory, a little messy, or even downright uncomfortable, I'm always interested in what kind of new awareness a good conversation can bring," she wrote.

The Most Memorable Moments in Barack Obama's A Promised Land

Of her book, which led to a similarly popular book tour, Obama previously told PEOPLE that the process of promoting the memoir was a much more vulnerable experience than what she was used to even as first lady.

"I recognize now that the memoir and the tour were really different than what I'd done before — I wasn't promoting a policy or rallying votes; I was out there, alone, talking about my feelings and vulnerabilities," Obama said in 2019, adding then that "the most powerful part" of the tour was "talking with all sorts of young people about how the things that we think are our inadequacies are usually our strengths."

She continued: "The simple act of sharing our fears and vulnerabilities helps us embrace our own stories and recognize how much we share with one another."

Becoming was also the basis for a 2020 Netflix documentary that followed her post-White House life and work and trailed, sometimes behind the scenes, of her 34-city book tour. 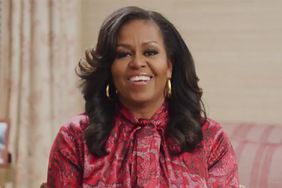 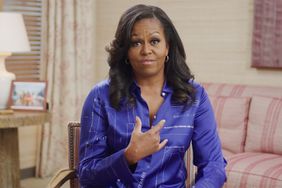 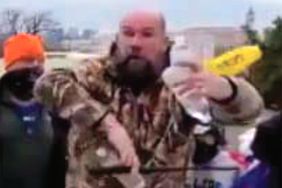 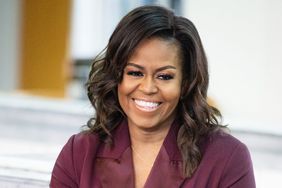 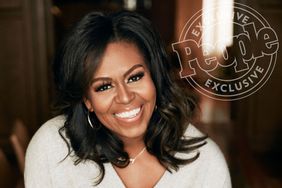 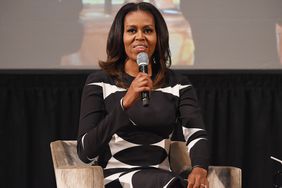 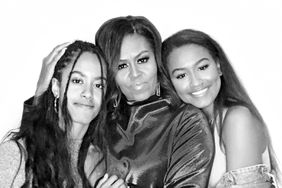 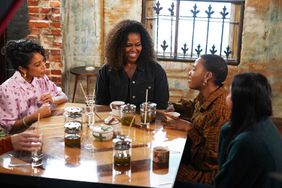 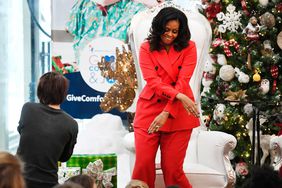