On Friday, the current first lady held her first event in the White House Kitchen Garden, founded by Obama in 2009 as part of her healthy eating initiative.

At the event, Trump, dressed in sneakers, a red plaid shirt and matching red gloves, worked alongside 12 young children from a local Boys & Girls Club to harvest and plant vegetables in the garden.

Trump first spoke with the children, all around age 10, about the importance of healthy eating, encouraging them to include vegetables and fruits in their diet. “Take care of yourself,” she said, according to a pool report.

After posing for a group photo, Trump asked the children: “You want to come with me and have some fun?”

Working with the children, the first lady helped pull leeks out of the ground and dug holes for two little boys and a girl who were planting broccoli.

As the event came to a close, the first lady sent the children home with gardening kits and honey, “So you can enjoy with your family,” she said.

As The Washington Post notes, the garden is closely identified with the Obama administration, “so Mrs. Trump’s decision to embrace it is noteworthy.”

Before leaving office, Obama did her part to ensure her garden would live on, adding permanent structures including an archway, a seating area and an engraved stone commemorating the garden’s creation, the Post reported.

As she presided over her eighth and final planting in April 2016, Obama said wistfully of her garden, “This is my baby. And hopefully, this will not be the last planting. Hopefully, there will be other administrations who come in and they take up this project and continue to make this a part of the White House tradition.” 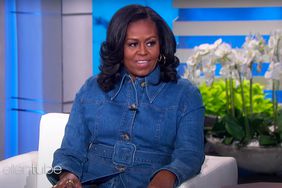 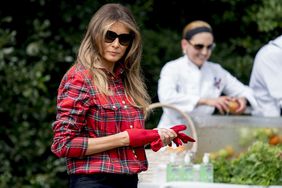 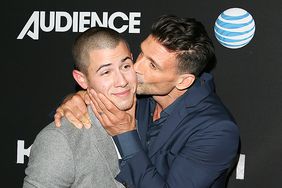 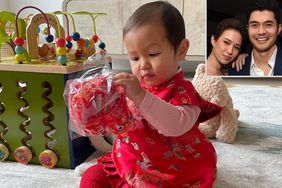