Actresses, journalists and everyday American women are using the hashtag #MeAt14 to take aim at Alabama Senate candidate Roy Moore amid allegations that he initiated sexual contact with a 14-year-old girl when he was 32.

The women, including big names like Alyssa Milano, Katie Couric and Gretchen Carlson, have used the hashtag to share photos of themselves at age 14 in an effort to raise awareness about the age of consent and underscore how a 14-year-old child is not equipped to consent to sex with adults.

The social media campaign comes four days after The Washington Post first reported on sexual misconduct allegations against Moore, including from three other women who say he pursued them when they were between the ages of 16 and 18 and he was in his early 30s.

On Monday, a fourth woman, Beverly Young Nelson, came forward to allege that when she was 16, Moore groped her against her will and when she resisted, “began squeezing my neck and attempting to force my head into his crotch.” Shortly before Nelson’s press conference alongside attorney Gloria Allred, Moore released a statement doubling down on his initial denial of the allegations. In the statement, Moore’s campaign described Allred as “a sensationalist leading a witch hunt,” and again denied “any sexual misconduct with anyone” by Moore.

According to the BBC, the first person to tweet the #MeAt14 hashtag was North Carolina lawyer Catherine R L Lawson. It has since been used more than 50,000 times.

“I shared a picture of me at 14 to illustrate there is no acceptable version of this story; teenagers can’t consent to a relationship with a grown man, ever,” Lawson told the BBC. “It’s not a question about the legal age of consent, but about affirming a shared social value that children deserve our protection.”

The legal age of consent varies by state in the U.S., ranging from 16, which is the minimum, to 18.

The awareness campaign gained more widespread attention after Daily Show co-creator Lizz Winstead tweeted a picture of herself at 14 and asked followers to do the same. “Who were you at 14?” she asked.

“I was on the gymnastics team and sang in the choir. I was not dating a 32 year old man.”

Many women responded with photos and captions highlighting their innocence and fragility at 14.

Some used the hashtag to share harrowing experiences of sexual assault and misconduct they endured in their youth.

The #MeAt14 hashtag was trending amid overwhelming calls for Moore, a Republican, to step aside in the Alabama Senate race — including from members of his own party. On Monday, Senate Majority Leader Mitch McConnell said he “believes the women” who have accused Moore of sexual misconduct and said he should end his campaign.

Hours later, the head of the Senate Republican campaign committee said that Roy Moore was “unfit to serve” and should be expelled from the Senate if he does win next month’s election. 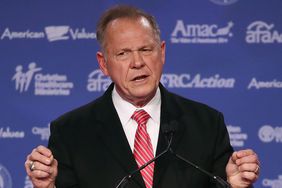 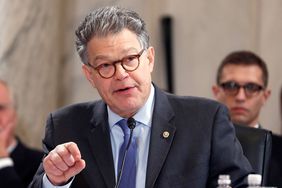 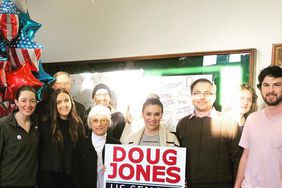 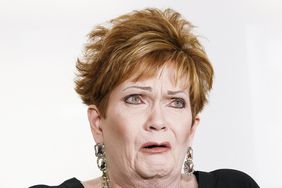 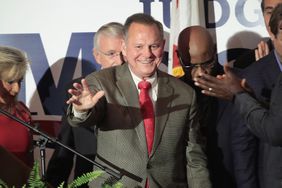 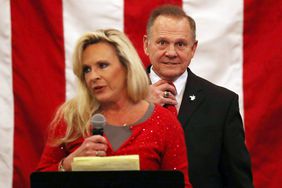 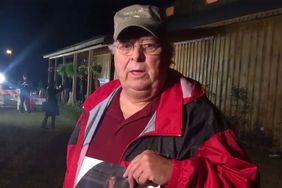