She Wants to Fight Trump with 'Love': What to Know About Unlikely Presidential Candidate Marianne Williamson

The 67-year-old self-help author was the most-searched candidate of the night, according to Google, just as she had been during her first debate appearance last month

One of the largest-ever Democratic primary fields returned to the national stage this week for the second round of debates, starting Tuesday night and continuing Wednesday. The first night got many viewers curious about one of the more unorthodox candidates: Marianne Williamson.

The 67-year-old self-help author, who has published 13 books, was the most-searched candidate of the night, according to Google, just as she had been during her first debate appearance last month.

Williamson announced her long-shot presidential bid in January, and while she has consistently polled at the bottom of the pack, she continues to light up the internet with interest after her debate performances.

In one characteristic comment from the stage in Detroit on Tuesday night, Williamson said this when discussing racial dynamics in America:

“The racism, the bigotry and the entire conversation that we’re having here tonight, if you think any of this wonkiness is going to deal with this dark psychic force of the collectivized hatred that this president is bringing up in this country, then I’m afraid that the Democrats are going to see some very dark days.”

“We need to say it like it is — it’s bigger than Flint,” Williamson said, referring to the Michigan city whose residents have been devastated by lead poisoning in their water. “It’s all over this country. It’s particularly people of color. It’s particularly people who do not have the money to fight back. And if the Democrats don’t start saying it, why would those people feel they’re there for us. And if those people don’t feel it, they won’t vote for us, and Donald Trump will win.”

Last month, Williamson similarly drew notice for her unconventional answer when asked which country she would reach out to first as president:

In January, Williamson said she was running “to engage voters in a more meaningful conversation about America, about our history, about how each of us fit into it and how to create a sustainable future.”

Here’s what to know about the author and presidential candidate, whom PEOPLE profiled in 1992 for her close ties to celebrities.

She’s a practicing Jew and ‘the bitch for God’

Williamson was raised Jewish in Houston and still practices today. Her teachings and writing draw from multiple religious practices, sometimes referencing Jesus and Buddha, and the book that inspired her spirituality, A Course in Miracles, is heavily influenced by Christianity.

She has also called herself “the bitch for God” according to PEOPLE’s ’92 profile.

She once wanted to be a cabaret singer

Williamson moved to New York in 1973 after dropping out of Pomona College in California to pursue a dream of singing professionally. In 1979, when she returned to her hometown of Houston, she often performed at a nightclub called Rockefellers.

She worked as an activist during the AIDS crisis

Late in the 1980s Williamson opened two Centers for Living, one in New York City and one in Los Angeles, to help people living with HIV and AIDS. DreamWorks founder and record executive David Geffen provided the initial investment.

She also started Project Angel Food in 1989, originally intended to provide meals for people living with HIV and AIDS in L.A. but later expanded to work with other illnesses.

Decades ago, she kickstarted her career on The Oprah Winfrey Show

The two have no political affiliation, but Oprah did give Williamson a big break in her self-help career way back in 1992 when the host promoted Williamson’s first book, A Return to Love

“I have never been as moved by a book as I have by Marianne Williamson’s book,” she said.

The book sold over a million more copies afterward. Williamson returned to The Oprah Winfrey Show multiple times since to promote future books, but her campaign has tried to downplay her links to the TV host.

Taylor married construction worker Larry Fortensky in 1991, her seventh husband. She told PEOPLE in 1992 that Williamson’s “sense of spirituality triggered off my own.”

This isn’t her first political race

In 2014, in the 16-way primary race to be the next representative for California’s 33rd district, which includes west L.A., Williamson ran as an Independent and finished fourth with 13 percent of the vote. She failed to advance to the general election.

A few former representatives and governors endorsed her campaign, including Minnesota’s wrestler-turned-Gov. Jesse Ventura along with celebrities such as Kim Kardashian and Katy Perry.

Alanis Morissette wrote a song called “Today” for the campaign.

Williamson’s signature 2020 policy proposal calls for $200 to $500 billion to be distributed by black American leaders for community development and education. To her, it fits into a broader campaign message of “healing.”

However, she recently called the idea of mandatory vaccinations “draconian” at a June 18 campaign event in New Hampshire. “To me, it’s no different than the abortion debate,” she said. “The U.S. government doesn’t tell any citizen, in my book, what they have to do with their body or their child.”

Under criticism that she was supporting the anti-vaccine movement, she later clarified her position on Twitter.

“I am sorry that I made comments which sounded as though I question the validity of life-saving vaccines,” she wrote. “That is not my feeling and I realize that I misspoke.”

As seen in Thursday’s debate performance, Williamson sometimes phrases major policy issues in emotional — even spiritual — terms. Speaking about the best way to defeat President Donald Trump, she said he had harnessed the fear of the American voter and only by channeling “love” could he be defeated.

Speaking about the decades-long conflict between Israel and the Palestinians, she once told the Jewish Telegraphic Agency, “The work of the genuine peace builders must be on the level of the heart.” 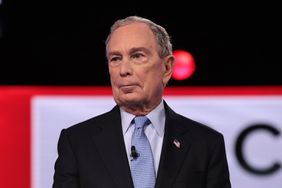 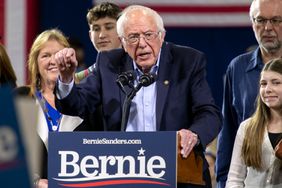 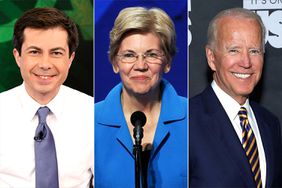