"I know him, and I know her, but I don't know what happened," Lindsay Lohan tells PEOPLE of Tiffany Trump and Trump's boyfriend, who met at Lohan's club

Along with Tiffany Trump‘s recent unveiling — at the White House, no less — of her businessman boyfriend Michael Boulos came the news that the two first met at Lindsay Lohan‘s club in Mykonos last summer.

But did Lohan introduce the couple?

“I wasn’t there when they met,” she said.

“I know him … and I know her … but I don’t know what happened,” Lohan explained.

She told PEOPLE at the Beach Club premiere party in New York City on Monday that she was only recently introduced to Boulos through mutual friends and described her relationship with Trump as “friendly.”

A source who knows Trump and Lohan both says they first met in early 2017, about a month after President Donald Trump was inaugurated.

Lohan has said Trump will appear on Beach Party but a producer said otherwise, according to the source. (MTV had no comment.)

Much isn’t publicly known about Boulos. Tiffany, 25, tagged him on her Instagram on Friday, sharing a photo of the two in the Red Room at the White House (which is not part of the first family’s private residence).

Boulos’ Instagram is private, but in his bio he mentioned both “Project Management Finance and Risk” and City, University of London. He included several flags: those for France, Lebanon, Nigeria and the U.S.

A source told Page Six in November that the couple was staying quiet: “Tiffany is happy she has so far been able to keep things with Michael under the radar. But she introduced him to her family at Thanksgiving, and he comes across as a very intelligent young man from a great family.”

According to Page Six, Boulos grew up in Lagos, in Nigeria, where his family founded SCOA Nigeria as well as Boulos Enterprises. His brother is the performer Farastafari.

It remains unclear when Boulos and Tiffany visited the White House or if Boulos met the president. However, Tiffany previously posted a photo of herself wearing the same outfit while in the Red Room on Dec. 13. (A spokeswoman for the Trump family did not respond to a request for comment.)

Nigeria was among many countries President Trump dismissed last year as “sh–holes,” according to CNN and the Washington Post. The president reportedly mocked African nations as well as El Salvador and Haiti.

Trump quickly denied these accounts but said he had used “tough language.” Nigeria at the time said that, if Trump had indeed used such a label, the comment was “deeply hurtful, offensive and unacceptable,” Reuters reported.

In a later meeting with President Muhammadu Buhari, Trump said Nigeria was beautiful and that he wanted to visit, according to the BBC.

As for the optics of Tiffany dating someone who grew up in Nigeria, given her father’s inflammatory past comments, the source who knows her says, “Tiffany’s not keeping her finger on the pulse of that BS.” 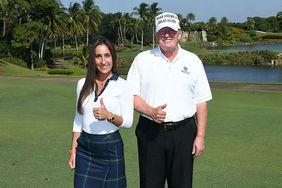 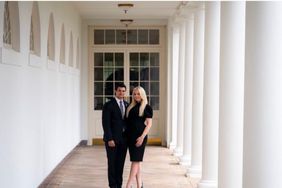 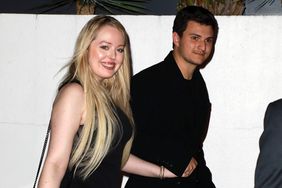