"Imagine having to go to work with this person," one lawmaker said about Rep. Marjorie Taylor Greene

A pair of Congressional newcomers have made quite the splash — with a handful of controversies — during their first days in office, highlighting a divisive era under President Donald Trump and underscoring the rift he's leaving within the Republican Party.

Reps. Lauren Boebert and Marjorie Taylor Greene both won their November elections riding off a fierce loyalty to the president and his brash political brand, campaigning in pro-Trump garb and aligning themselves with his conservative policies.

Now members of the House of Representatives, the two lawmakers — Boebert, from Colorado, and Greene, from Georgia — have made headlines defending Trump's untrue claims over his election loss, while earning side-eyes from their new colleagues.

In the past, both Boebert, 34, and Greene, 46, have publicly expressed belief in the baseless QAnon conspiracy theory — though each has made slight efforts to distance themselves from the debunked theory, while still parroting the gist of its claims on social media.

The dizzying conspiracy theory started in 2016 with anonymous internet posts and alleges that a secret gang of Democratic lawmakers and global elites run an international child sex trafficking ring—among other unfounded and dangerously provocative theories.

"That is actually insane," former Rep. Denver Riggleman, a Republican from Virginia, told PEOPLE last November about the far-fetched conspiracy, which claims Trump, 74, is leading a secret, internal resistance to root out a non-existent cabal from the U.S. government.

Boebert and Greene's first two weeks in Congress have so far been defined by aggressive partisan claims, which have stoked backlash from many within the Democratic Party, as well as some Republicans.

The two lawmakers both made headlines on Tuesday when they complained about newly installed metal detectors at the entrance of the U.S. Capitol following last week's deadly riot.

Both women were among representatives spotted by reporters arguing with Capitol Police over the security measures. On Wednesday, before voting against Trump's impeachment, The New York Times noted that Boebert "pushed her way through newly installed metal detectors and ignored police officers" who asked her to stop for the check.

Once on the House floor, the two freshman lawmakers vehemently defended Trump's false election claims while voting against his second impeachment.

Boebert forcefully alleged her Democratic colleagues had called for violence, though she didn't name or source any of the quotes she referenced. The Colorado lawmaker then said Democratic lawmakers' recent calls for unity under President-elect Joe Biden were "bull crap."

Greene was criticized for wearing a COVID-19 mask that said "CENSORED" on it, while she spoke during the nationally televised vote. After Trump was impeached — again — Greene vowed to file her own impeachment charge against Biden, 78, for "abuse of power," even though the president-elect hasn't yet been in power.

"Imagine having to go to work with this person," Rep. Don Beyer, a Democratic representative from Virginia, quipped this week on Twitter.

Rep. Adam Kinzinger, a Republican from Illinois who voted to impeach Trump on Wednesday, is among those leading a prominent GOP pushback against Greene and her public comments.

Kinzinger, 42, has slammed Greene for making statements he's called "anti-democracy" and assured her "name will be one forgotten by next January," calling for "adults" to return to Congress. The Republican sees QAnon believers serving in Congress as a "serious" problem for the country and its future.

"Something is a conspiracy theory until somebody with authority says it authoritatively," Kinzinger told PEOPLE last November. "When they do that, it becomes a reality to people. If you look at civilizations in history that have fallen, they fall in many cases because people believe things that may just not be true."

While there's yet to have been major funding or coordination linked back to last Wednesday's deadly riot in the U.S. Capitol, reports have pointed to the insurrection attempt mustering support on far-right social media websites in the weeks leading up to Jan. 6.

This week, Twitter said that it had suspended more than 70,000 accounts sharing QAnon conspiracies, which "has the potential to lead to offline harm."

The U.S. Capitol riot — stirred by Trump in the weeks and moments leading up to it with false claims about the election — may be the most prominent example yet of Trump-related conspiracies leading to schismatic violence in the real world.

"It just takes one step to know how we were founded to see where some people can come to the idea that, if we can't have our voice heard by the ballot box, we have to have our voice heard by force," Kinzinger previously told PEOPLE, two months before the Jan. 6 riots. "I don't think we're there now, but I don't think it's a long stretch to think about getting there." 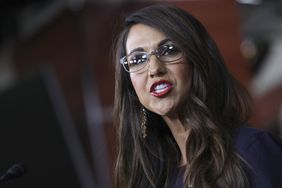 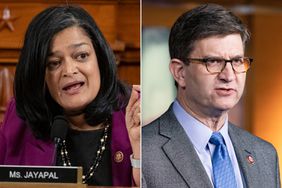 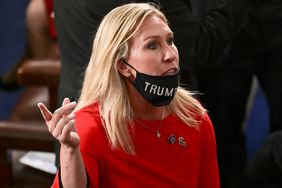 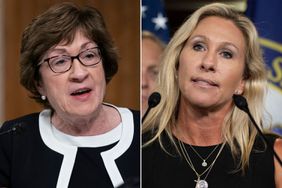