Laura Bush's Mom Dies at 99 Right Before Mother's Day: 'A True Daughter of West Texas ... We Miss Her Dearly'

Jenna Hawkins Welch passed away two days before Mother's Day after a "long and wonderful" life, her family said

Welch, she wrote, was “a true daughter of West Texas who loved her family, books, and nature. My memories of reading with her and stargazing under the Midland sky are reminders of the passions that she nurtured in me.”

Jenna Bush Hager, Bush’s daughter and Welch’s granddaughter, posted her own tribute to her “precious namesake” on Sunday.

“She read us poetry and taught us about every constellation in the sky. Her kindness and graciousness were as expansive as the West Texas horizon,” wrote Hager, 37, a co-host on the Today show.

According to Welch’s obituary in the local Midland Reporter-Telegram, the family held a funeral for her on Saturday. Further details of her passing were not available.

Instead of flowers, gifts may be made to the Midland County Public Library Foundation or the Jenna Welch Nature Study Center.

In Hager’s post this weekend, she shared several photos that appeared to be from Welch’s memorial service and of her joint headstone with her “great love,” husband Harold Bruce.

The family has suffered heartbreaks and joys in the last year: grandparents Barbara and George H. W. Bush died in April and November. In the fall, granddaughter Barbara Pierce Bush wed Craig Coyne in an intimate ceremony at the family’s home in Maine; and, last month, Hager announced she was expecting her third child, a boy.

“How lucky I was to be named after a woman who taught me how to slow down and appreciate every bird, and every plant in West Texas,” Hager wrote on Sunday.

RELATED VIDEO: Not Long Before Dying, Barbara Bush Opened Up About the Sweet Reason She Always Wore Keds

Welch’s obituary sharply sketches the many decades of her life:

Born in Little Rock, Arkansas, in July 1919, she grew up during the Great Depression in Canutillo, Texas. As a young adult, she spent two years at what was then the Texas College of Mines and Metallurgy followed by a job at a local advertising company where she met her husband. (“Family lore has it that she looked down from a second floor office window just as he looked up from the street below.”)

After he spent two years overseas in Europe fighting in World War Two, the couple moved to Midland, where their only daughter was born.

Welch loved reading and loved nature and being outside, her obituary states.

Bush remembered “coming home from school most afternoons to be ‘greeted by the soft rustle of book pages’ and finding her mother immersed in a book,” according to her obituary. Welch read her Little Women, a favorite, and passed on her love of learning and literature.

Welch was “a knowledgeable, self-taught naturalist.” She took courses at Midland College, becoming something of an authority on the area: “She learned the name of every Midland wildflower and was an accomplished amateur birder.”

The stars, too, drew her fascination. With a “passion for astronomy,” Welch and her daughter, and later her granddaughters, would skywatch together.

“Our family is grateful for her long and wonderful life,” Bush wrote on Sunday. “We miss her dearly.” 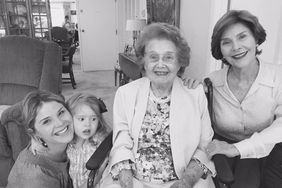 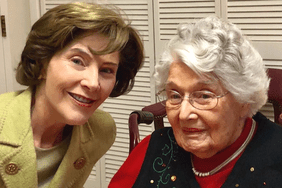