Lara Trump Says She Won't Run for Senate Due to Her 2 Kids: 'I Am Saying No for Now'

Donald Trump's daughter-in-law Lara Trump is ruling out a Senate run for the foreseeable future.

Lara, who is married to the former president's son Eric Trump, made an official announcement about a possible run in her home state while attending the North Carolina GOP state convention on Saturday.

After being introduced by her father-in-law, the mom of two said that she won't be seeking office due to the fact that her children are so young.

"It is going to be very hard for me to enter this Senate race right now," she added. "I am saying no for now, not no for ever, just so you know," she added.

After her announcement, the Trumps endorsed Rep. Ted Budd for the soon-to-be vacant Senate seat. With Republican Sen. Richard Burr retiring, the North Carolina race is likely to be a major battleground between Democrats and Republicans next year.

Liz Cheney Doesn't Rule Out 2024 Run Against Donald Trump: 'Whatever It Takes'

Just weeks ago, Fox News announced that the 38-year-old former TV producer, who also worked as a Trump campaign adviser, will be joining the cable news outlet as a paid contributor.

"I sort of feel like I've been an unofficial member of the team for so long," Lara said after her hiring was announced on air, a nod to the long-standing relationship between the Trump administration and Fox News' opinion staffers.

"It was kind of a joke over the past five years — I would come there so often that the security guards were like, 'Maybe we should just give you a key,' " she added.

Although Lara has shut down the possibility of a bid for the soon-to-be vacant Senate seat in North Carolina, she has been urged to run for office by some of the country's top Republicans.

Back in February, longtime Trump ally Sen. Lindsey Graham said that Lara "represents the future of the Republican Party."

Before joining other members of the Trump family as an adviser to the former president's failed re-election bid, Lara was a producer with Inside Edition from 2012 to 2016. 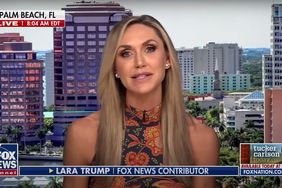 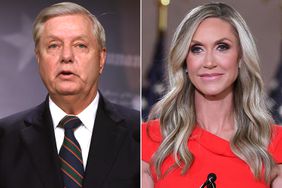