Melissa Etheridge, Natasha Bedingfield and Kenny Chesney performed during the memorial for over 3,000 Zoom participants

A virtual memorial was held on Saturday to honor the lives of Robert F. Kennedy’s granddaughter Maeve Kennedy Townsend McKean and her young son Gideon, who died last week in a tragic accident.

The program, entitled “A Gathering of Love and Thanksgiving for Maeve and Gideon,” took place during a Zoom video conference with over 3,000 participants due to the coronavirus pandemic. “Maeve’s sister Kat and her husband Tyson worked directly with Zoom’s tech department to figure out how to make this all happen,” said Mark Bailey, the husband to Rory Kennedy, who was Maeve’s aunt.

The service brought together those close to the McKean family to remember the beloved 40-year-old and her 8-year-old son through prayers, poems, songs and a variety of readings.

“While we’re not in the same space, we can’t hug or kiss, we’re not physically with each other, they’re still with us. And it means so much to us to have you here with us too. And so through this nutty Zoom call, we’re going to share and touch and visit and shine a light on this love for Maeve and Gideon that holds us all together,” Bailey said.

Bailey opened the ceremony, which was followed by a performance of Leonard Cohen’s “Hallelujah” by the Rodean School Choir.

Throughout the virtual memorial, Maeve’s husband David, who gave a eulogy, was seen holding their son Toby. “I had a crush on Maeve from the moment I met her. We said that we loved each other after dating for two weeks. I’ve been going back through old letters and we were talking about growing old together before we’d ever even moved into our first apartment. She wrote to me about how scary it was to be this sure about anything. Weren’t we too young? ‘I know,’ I replied, ‘Won’t this kind of intense love fade?’ I laughed in tears reading those letters because those kids were so young. They had no idea,” David said in his speech.

“That intense love never dulled at all. It just grew. It got deeper and more complex and more complete. It incorporated our triumphs and our struggles and our joy and our fights and more laughter than anyone could ever expect to a lifetime, and it became the foundation on which we built our lives,” he shared.

Kathleen Kennedy Townsend, Maeve’s mother, also shared words of welcome. “Our family has felt the warm embrace and your love for Maeve and Gideon. We’re grateful that you have managed to touch us in a time when connection is difficult. I suppose that’s an apt metaphor for Maeve. She brought her joyful energy to every tough situation,” she said.

“Her work was but one part of a rich life, which included best friends and a loving, raucous, welcoming, fun and fascinating family, David and Gideon, Gabriela and Toby. Gideon was incredible. I wish each of you had more time to meet him,” she later said.

Kathleen concluded, “Maeve wanted to make life less difficult for her friends, for her family and for all the world, and she always wanted to soar. Thank you for remembering her desires and for helping us all to remember what she did as she’s soared and as she inspires us still forever. Thank you so very much.”

A special video put together by friends, classmates, and cousins of Gideon was played during the ceremony. And later in the service, special guests Natasha Bedingfield and Kenny Chesney, who played “Amazing Grace,” joined the video call to lead the group in song.

Melissa Etheridge closed the memorial with a performance of “Spirit in the Sky” on guitar.

Maeve was one of Sen. Kennedy’s granddaughters and the daughter of former Maryland Lt. Gov. Kathleen Kennedy Townsend and David Lee Townsend, an attorney, and professor. She shared three children with husband David: Gideon as well as Gabriella, 7, and Toby, 2½.

The family had been staying at her mom Kathleen’s empty bay-front home in Shady Side, Maryland, in order to have more space while social distancing during the pandemic.

On April 3, Maeve and Gideon ventured out into the Chesapeake on a canoe to quickly retrieve a ball that had landed in the water during their game, her husband said last week. But they were pulled from shore.

They were seen about 30 minutes later by an onlooker who called 911 — and then they vanished, with their paddle and capsized canoe found that evening.

Authorities recovered Maeve’s body on April 6 in the water about 2.5 miles south of Townsend’s home. Two days later, Gideon’s body was discovered about 2,000 feet away from his mom.

That same day, Maeve’s cause and manner of death were confirmed as an accidental drowning by a spokesman for the state’s chief medical examiner, which is handling the case.

“They just got farther out than they could handle and couldn’t get back in,” husband David told The Washington Post. 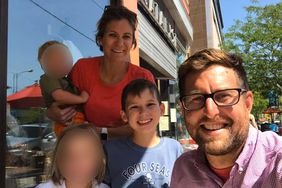 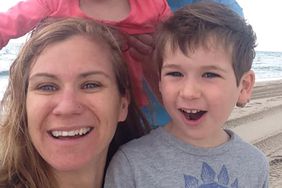 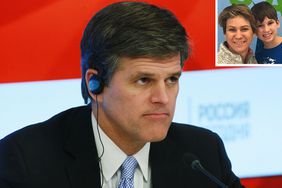 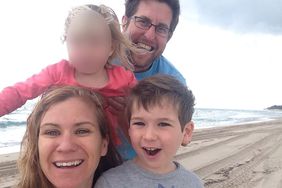 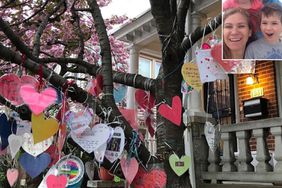 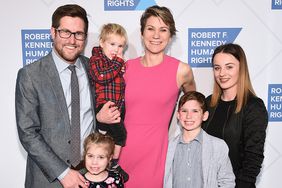 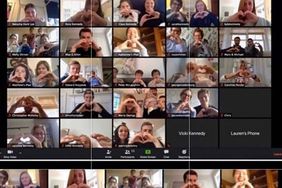 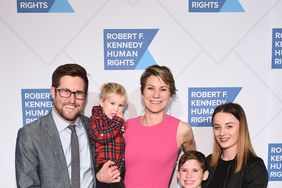 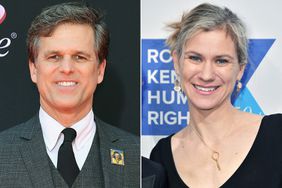 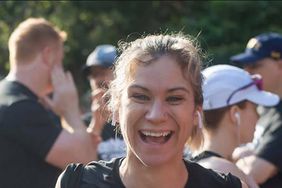