Conway, a top Trump aide, says she was shaken by an "unhinged" woman at a restaurant, but the woman's attorney says she wasn't violent and only sharing her opinions

Kellyanne Conway says she was confronted in October in a Maryland restaurant by a woman who grabbed and shook her — an incident her accused attacker denies, saying she was only expressing her personal views to the top White House aide.

In an interview with CNN’s Dana Bash that aired on Friday morning, Conway, 52, said that she had been approached by Mary Elizabeth Inabinett while standing at the eatery with her teenage daughter and her daughter’s friends.

“Somebody was grabbing me from behind and grabbed my arms and was shaking me, to the point where I thought that maybe somebody was hugging me — one of the other parents coming to pick up his or her daughter,” recalled Conway, a counselor to President Donald Trump.

As Conway turned around, the woman had grabbed her hands, Conway said on CNN.

Inabinett, the accused, has been charged with second-degree assault and disorderly conduct, PEOPLE confirms.

Inabinett’s attorney, William Alden McDaniel Jr., said that his client would be pleading not guilty when she goes to trial in March.

McDaniel said Inabinett was not violent.

“Ms. Inabinett saw Kellyanne Conway, a public figure, in a public place, and exercised her First Amendment right to express her personal opinions,” he told PEOPLE in a statement. “She did not assault Ms. Conway. The facts at trial will show this to be true, and show Ms. Conway’s account to be false.”

“[Inabinett] put her hands on me,” she alleged. “I said, ‘Get your hands off of me.’ She put her hands on me and was shaking me and was doing it from the front with my daughter right there, who then video-taped her. … And let me tell you something, she would not leave the restaurant. She kept going on and on, she went outside. She just wouldn’t stop. This woman thinks it’s okay to touch someone else. It’s not okay.”

Conway told CNN that she called 911 and that the police arrived on the scene but did not arrest Inabinett at the time.

“She had already gone,” Conway said.

She said that she later told President Trump about what happened.

He asked her, “Are you okay?” she recalled. “Were you okay? Was your daughter okay? Were the other girls okay?”

Conway told CNN she had been hesitant to speak out: “That’s what I cared about, is other people’s kids there.” 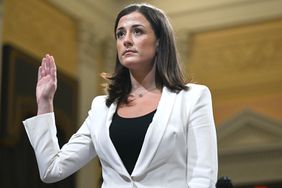 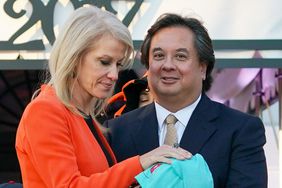 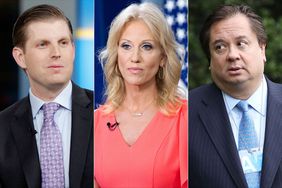