Brett Kavanaugh has been accused of sexual misconduct by a second woman, a former Yale classmate, according to a bombshell report The New Yorker published Sunday

Supreme Court nominee Brett Kavanaugh has been accused of sexual misconduct by a second woman, a former Yale classmate, according to a bombshell report published Sunday by The New Yorker.

Deborah Ramirez, 53, says Kavanaugh, also 53, exposed his penis, put it in her face, “caused her to touch it without her consent as she pushed him away” and laughed about it during a dorm-room party in Yale’s Lawrance Hall while they were freshmen in the 1983-84 school year, according to the outlet’s story by Ronan Farrow and Jane Mayer.

“This alleged event from 35 years ago did not happen,” Kavanaugh said in a statement to The New Yorker. “The people who knew me then know that this did not happen, and have said so. This is a smear, plain and simple. I look forward to testifying on Thursday about the truth, and defending my good name — and the reputation for character and integrity I have spent a lifetime building — against these last-minute allegations.”

“This 35-year-old, uncorroborated claim is the latest in a coordinated smear campaign by the Democrats designed to tear down a good man,” White House spokesperson Kerri Kupec told the publication. “This claim is denied by all who were said to be present and is wholly inconsistent with what many women and men who knew Judge Kavanaugh at the time in college say. The White House stands firmly behind Judge Kavanaugh.”

According to The New Yorker story, Senate Democrats are investigating Ramirez’s allegation. “Senior Republican staffers also learned of the allegation last week and, in conversations with The New Yorker, expressed concern about its potential impact on Kavanaugh’s nomination,” the magazine’s story states. “Soon after, Senate Republicans issued renewed calls to accelerate the timing of a committee vote. The Democratic Senate offices reviewing the allegations believe that they merit further investigation.”

After The New Yorker learned about the allegation — which a civil-rights lawyer communicated to Democratic senators — the publication contacted Ramirez, who “was at first hesitant to speak publicly, partly because her memories contained gaps because she had been drinking at the time of the alleged incident,” Farrow and Mayer explain.

“After six days of carefully assessing her memories and consulting with her attorney, Ramirez said that she felt confident enough of her recollections to say that she remembers Kavanaugh had exposed himself at a drunken dormitory party, thrust his penis in her face, and caused her to touch it without her consent as she pushed him away,” the story says.

“I wasn’t going to touch a penis until I was married,” said Ramirez, who The New Yorker notes “was raised a devout Catholic in Connecticut.”

She continued: “I was embarrassed and ashamed and humiliated.”

Describing her memory of Kavanaugh laughing and pulling up his pants in front of her, Ramirez told the magazine, “I can still see his face, and his hips coming forward, like when you pull up your pants.”

“Somebody yelled down the hall, ‘Brett Kavanaugh just put his penis in Debbie’s face,'” Ramirez added. “It was his full name. I don’t think it was just ‘Brett.’ And I remember hearing and being mortified that this was out there.”

Now, Ramirez — who has worked for an anti-domestic violence organization — wants the FBI to investigate the incident, which she says involved other unnamed students, one of whom allegedly encouraged Kavanaugh.

“I would think an FBI investigation would be warranted,” she told The New Yorker.

Ford, a 51-year-old research psychologist and professor at Palo Alto University, claimed that Kavanaugh pinned her down on a bed, groped her and tried to remove her clothes at a high school party in the early 1980s. She’s set to testify about the allegations — which Kavanaugh has denied — in front of the Senate Judiciary Committee on Thursday, her lawyers confirmed to CNN on Sunday.

On Friday, President Donald Trump — who himself denied accusations of sexual harassment or assault by several women during the 2016 presidential campaign — questioned why Ford had remained silent for decades “if the attack…was as bad as she says.”

“I have no doubt that, if the attack on Dr. Ford was as bad as she says, charges would have been immediately filed with local Law Enforcement Authorities by either her or her loving parents,” he tweeted that morning. “I ask that she bring those filings forward so that we can learn date, time, and place!” 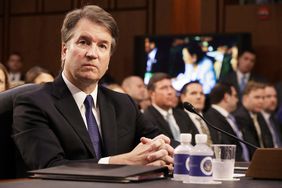 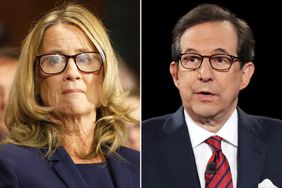 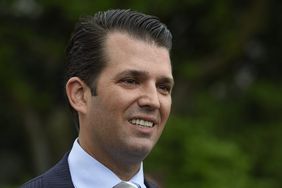