Less than one week after going public with his brain cancer diagnosis, Sen. John McCain returned to work in Washington on Tuesday, just in time for the Senate vote on a bill to repeal Obamacare

Less than one week after going public with his brain cancer diagnosis, Sen. John McCain returned to work in Washington on Tuesday, just in time for the Senate vote on whether to begin debate on the Republican plan to repeal Obamacare.

McCain, 80, was met by a bipartisan standing ovation and a roar of applause the moment he appeared on the Senate floor. Several of his colleagues rushed over to greet McCain personally and shake his hand, including Senate Majority Leader Mitch McConnell and Sen. Chuck Schumer.

After senators voted to move forward with the debate on health care, McCain gave an impassioned speech explaining his “yes” vote and calling on his fellow lawmakers to work together to create a better health care plan to benefit the American people.

“I voted for the motion to allow debate to continue and amendments to be offered,” he said, before adding emphatically: “I will not vote for this bill as it is today.”

“It’s a shell of a bill today, we all know that,” added McCain, a longtime opponent of the Affordable Care Act.

“We keep trying to find a way to win without help from across the aisle,” he continued. “That’s an approach that’s been employed by both sides, mandating legislation from the top down without any support from the other side, with all the parliamentary maneuvers that requires. We are getting nothing done, my friends. We are getting nothing done … our health care insurance system is a mess.”

He urged senators: “Why don’t we try the old way of legislating in the Senate, the way our rules and customs encourage us to act. If this process ends in failure, which seem likely, then let’s return to regular order.”

“What have we to lose by trying to work together to find those solutions? We’re not getting much done apart. I don’t think any of us feels very proud of our incapacity. Merely preventing your political opponents from doing what they want isn’t the most inspiring work.”

He also reminded senators that their responsibility was to serve as an “important check” on the powers of the president. “Whether or not we are of the same party, we are not the President’s subordinates. We are his equal,” he said.

McCain’s wife, Cindy, accompanied him into Congress on Tuesday, where, according to CNN’s Dana Bash, she was spotted in the Senate gallery holding a tissue and trying not to cry.

The Arizona Republican’s return to Washington comes after he was diagnosed with a glioblastoma, the most aggressive form of brain cancer, following a surgery on July 14 to remove a blood clot from above his left eye. McCain’s office announced in a statement late Monday that he would be returning to work the following day.

After revealing his diagnosis on Wednesday, the former Republican presidential nominee and Vietnam prisoner of war received an outpouring of support from politicians on both sides of the aisle, including President Donald Trump and former President Barack Obama, who tweeted out well wishes.

Trump also wished McCain a speedy recovery in a speech at the White House on Monday.

“We hope John McCain gets better very soon. Because we miss him. He is a crusty voice in Washington,” Trump said.

Trump — who previously came under fire for saying that McCain was “not a war hero because he was captured” — also called the senator an “American hero” in a Tuesday tweet welcoming him back to Washington.

“So great that John McCain is coming back to vote. Brave – American hero! Thank you John,” Trump wrote.

Senate Majority Leader Mitch McConnell announced on July 15 that the Senate would delay its health care vote until McCain could recover from surgery. His cancer diagnosis was not public at that time. After news broke and it was unclear when McCain would return to work, the vote was scheduled for Tuesday.

Until Tuesday, McCain had been recovering in Arizona, where he spent time with his family at a cabin outside Sedona. His daughter Meghan McCain, 32, took to Twitter on Saturday to share a photo of the two on a hike in Arizona.

“Amazing hike with Dad @SenJohnMcCain this morning,” she wrote. “Thank you all for your best wishes!”

Glioblastoma is the same cancer that claimed the lives of Sen. Edward Kennedy and Beau Biden, the son of former Vice President Joe Biden. McCain’s office said in a statement that he is considering treatment options including a combination of chemotherapy and radiation.

One day after revealing his diagnosis, McCain tweeted a vow to return to work soon.

“Unfortunately for my sparring partners in Congress, I’ll be back soon, so stand-by!” he wrote. 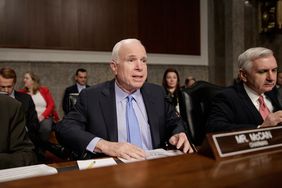 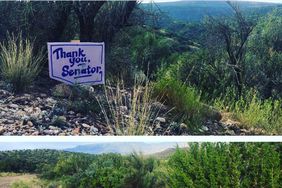 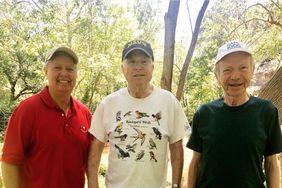 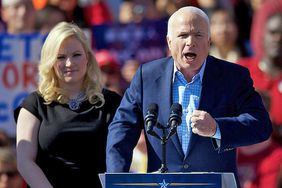 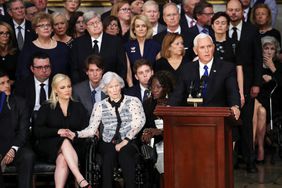 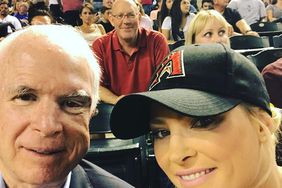 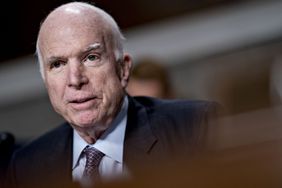 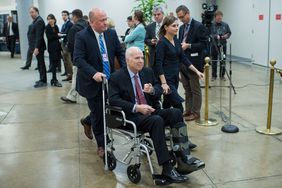 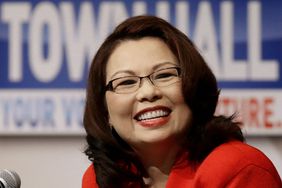