"He was a visionary who refused to believe the future had to be the same as the past," Britain's former Prime Minister Tony Blair said in a tribute

John Hume, the quiet man whose lifelong dedication to non-violence forged peace in Ireland, has died. He was 83.

According to his family, Hume died Monday morning after a brief illness in the Owen Mor nursing home in his beloved hometown of Derry, in Northern Ireland.

Directly inspired by the 1960s civil rights movement in the U.S., Hume — who shared the 1998 Nobel Peace Prize with David Trimble — played an integral role in bringing Ireland's disparate, warring sides together following 100-years of animosity and a bloody conflict known as "The Troubles," which tore the six counties of Northern Ireland apart from 1968 to 1998.

"He was a visionary who refused to believe the future had to be the same as the past," Britain's former Prime Minister Tony Blair said in a tribute to Hume on Monday.

Former President Bill Clinton added in his own statement: "Hillary and I are deeply saddened by the passing of our friend John Hume, who fought his long war for peace in Northern Ireland."

"His chosen weapons: an unshakeable commitment to nonviolence, persistence, kindness and love. With his enduring sense of honor, he kept marching on against all odds towards a brighter future for all the children of Northern Ireland," Clinton continued.

"I'll never forget our night in Derry in 1995, with the town square and blocks around full of hopeful faces, walking with him across the Peace Bridge nearly 20 years later, and all of the moments we shared in between."

Hume was born an Irish Catholic in Derry in 1937 and went on to become the leader of Ulster's SDLP (Social Democratic and Labor Party) in 1979.

Engaging with Protestant leader Trimble in the 1980s, Hume helped to forge common ground across the deep religious and political schisms which riddled Northern Ireland, ultimately convincing the IRA's political wing, Sinn Fein, to sit down at the negotiating table.

This eventually led to the 1985 Anglo-Irish Agreement which for the first time gave the Irish government in Dublin a limited say in the affairs of British-controlled Northern Ireland.

Having played a key role in the negotiations, Hume went on to enjoy influence and popularity in the U.S., associating with Presidents Ronald Reagan and Bill Clinton as well as lawmakers like John Lewis, Ted Kennedy and Tip O'Neill.

In the 1990s, Hume's talks with Sinn Féin President Gerry Adams also paved the way for another historic milestone: an IRA ceasefire.

Thanks to the intervention of then-President Clinton, Sen. George Mitchell later became involved as a peace negotiator. Mitchell, however, always cited Hume and Trimble as the twin force in the long peace process.

“Without Mr. Hume, there would have been no peace process — without Mr. Trimble, no agreement," Mitchell said shortly after the signing of the Good Friday Agreement in 1988, which brought decades of bloodshed in Northern Ireland to an end following around 3,500 deaths.

Later that year, Hume and Trimble shared the Nobel Peace Prize. In making its selection, the committee wrote "John Hume has throughout been the clearest and most consistent of Northern Ireland's political leaders in his work for a peaceful solution. The foundations of the peace agreement ... reflect principles which he has stood for."

For his role in creating a peace that has lasted more than 30 years, Hume received the Martin Luther King Peace Award in 1999, the Legion of Honor in 1999 and the Gandhi International Peace Prize in 2001. He was also made Knight Commander of the Order of Saint Gregory the Great by Pope Benedict XVI in 2012.

"John was a husband, a father, a grandfather, a great grandfather and a brother. He was very much loved, and his loss will be deeply felt by all his extended family," his relatives said in a statement after his death this week, according to The Irish Times.

"It seems particularly apt for these strange and fearful days to remember the phrase that gave hope to John and so many of us through dark times: we shall overcome." 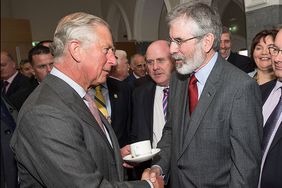 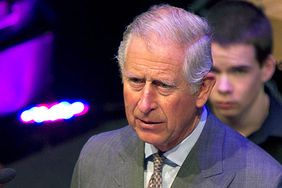 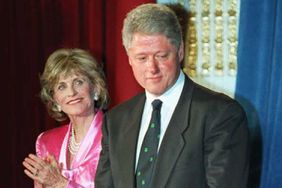