"I have the great honor to announce that I’ve picked @KamalaHarris — a fearless fighter for the little guy, and one of the country’s finest public servants — as my running mate," he tweeted.

Harris, 55, is the first Black woman and first Indian-American on either major party's presidential ticket.

Biden's choice was long in the making: He announced in March, early in the Democratic primary, that his running mate would be a woman if he won the nomination and he said in July that the potential picks included four Black women.

Harris — a former prosecutor who challenged Biden, 74, for the Democratic nomination with her own presidential bid last year, including a viral bit of debate face-off — had remained high on any prospective shortlist of running mates.

Looking Back at Kamala Harris' Career

The first-term senator was elected to Congress in 2016 after serving as the California attorney general since 2011.

In that role — another first for her — Harris struck up a friendship with Biden's late son Beau, who was then the attorney general of Delaware, Harris wrote in her 2019 memoir, The Truths We Hold.

According to The News Journal, Beau and Harris became friends and professional allies as outliers in a multi-state investigation into banks and foreclosure abuse during the housing crisis.

"There were periods, when I was taking the heat when Beau and I talked every day, sometimes multiple times a day," she wrote in her memoir. "We had each other’s backs."

Beau died in 2015 from brain cancer and Harris attended his funeral, maintaining a bond with the former vice president as well.

The elder Biden endorsed her in her Senate bid as she transitioned from attorney general to the national political scene with her 2016 congressional campaign.

Biden noted Harris' friendship with Beau in his announcement on Tuesday.

"I watched as they took on the big banks, lifted up working people, and protected women and kids from abuse," Biden tweeted. "I was proud then, and I'm proud now to have her as my partner in this campaign."

Harris and Biden came face-to-face throughout the 2020 Democratic presidential primary. But the most notable moment was during an emotional exchange about race at a debate last summer, when Harris called out Biden for what she described as his previous stance in the 1970s, opposing mandatory school busing legislation.

(Biden later clarified that he opposed specific types of school busing requirements after the debate, according to The Washington Post.)

While Harris saw a brief polling surge last July, her momentum soon withered and she left the race in December, citing a lack of funds.

Upon suspending her campaign, Harris vowed to "do everything in my power to defeat Donald Trump and fight for the future of our country and the best of who we are.”

She endorsed Biden in March, weeks before the novel coronavirus pandemic caused mass shutdowns across the U.S.

Biden’s running-mate announcement this week comes 84 days before the Nov. 3 election, as the pandemic and nationwide unrest over racial injustice has continued in the wake of George Floyd’s killing in May.

The coronavirus has killed at least 163,000 people in the U.S. and become the defining national issue of 2020.

Minutes after Tuesday's announcement, Harris received an immediate outpour of support from other candidates who were reportedly considered by the Biden campaign.

Rep. Karen Bass tweeted that Harris was a “great choice” and wrote the California senator’s “tenacious pursuit of justice and relentless advocacy for the people is what is needed right now.”

Susan Rice, who many speculated to be a top contender for the ticket alongside Harris, shared her “warmest congratulations” for Biden’s new running mate.

“Senator Harris is a tenacious and trailblazing leader who will make a great partner on the campaign trail,” Rice said in a statement. “I am confident that Biden-Harris will prove to be a winning ticket.”

Stacey Abrams, who publicly made her case to be Biden’s running mate throughout the summer, said she’s “thrilled to support” the Biden-Harris ticket.

Michigan Gov. Gretchen Whitmer tweeted that she’s “extraordinarily proud to support” Harris and Biden, referencing the Biden campaign slogan in saying: “They will be a fierce team to Build America Back Better.”

Biden and Harris will appear together and deliver joint remarks on Wednesday, according to The Washington Post, from Wilmington, Delaware.

Harris was one of PEOPLE's Women Changing the World in 2019 — a group of women changing American politics and the way we view the political landscape in the United States — alongside fellow senators and former democratic presidential candidates Elizabeth Warren and Amy Klobuchar.

“I think it’s really important for America to just have further evidence of the breadth and depth of what women are and what we can do," Harris told PEOPLE then.

“Each woman who breaks a barrier and expands the minds of people in terms of what’s possible and what that looks like, they do our country a great service,” Harris added. “I certainly do think about it that way.” 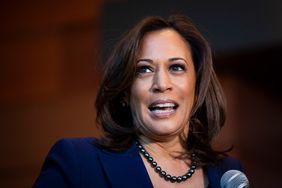 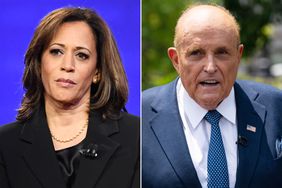 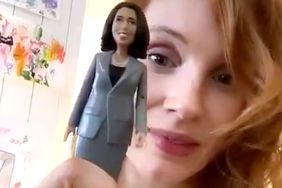 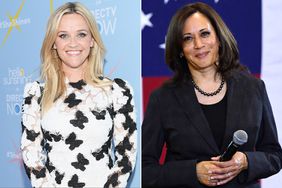 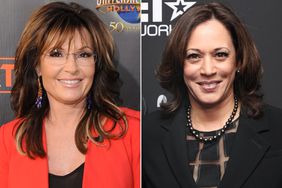 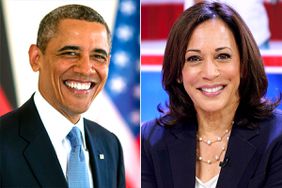 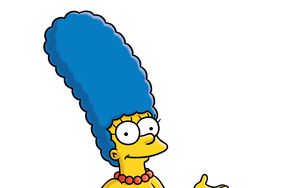