Biden was honored Tuesday by Sandy Hook Promise, a nonprofit group co-founded by Mark Barden, whose son Daniel was killed in the tragedy

It’s a “lousy club,” Joe Biden said Tuesday in New York as he joined some of the 26 shattered Sandy Hook Elementary families to mark the five years that have passed since the mass shooting at that Newtown, Connecticut, school claimed 20 first-graders and six educators.

Biden, who was President Barack Obama’s vice president on Dec. 14, 2012, recalled how the two of them agree it was “the saddest day either of us had witnessed in the White House… and we relive it, too.”

Biden was honored Tuesday by Sandy Hook Promise, a nonprofit group co-founded by Mark Barden, whose son Daniel was killed in the tragedy. Biden, in turn, honored those families, saying they share a special bond. He lost his baby daughter to a 1972 car accident, and his grown son Beau to brain cancer in 2015, so he knows the always-raw pain of having to bury a child.

“I’m part of that lousy club,” Biden told an audience that also included singer Sheryl Crow, who performed a new song she wrote for the anniversary of the tragedy.

RELATED VIDEO: Return to Newtown: How the 26 Sandy Hook Victims Live on in Hearts and Work of Their Families

“I think I’ve met virtually every one of the family members who lost a child or a teacher that day and they’re defined by their character, their consequence and their courage,” Biden said.

“I know no matter how long it’s been… they relive the moment like it’s yesterday when you start to talk about it. It never ultimately goes away. You learn to live with it but when there is discussion of it, it brings it all back in sharp relief and focus and I know this time of the year is especially hard as well.” 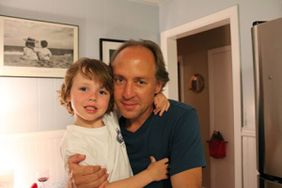 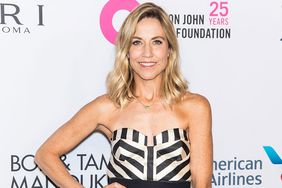